Grab Singapore announces that it will be working with Singapore’s first-ever Badminton World Champion Loh Kean Yew, as its first Singapore brand ambassador.

Since clinching the title in 2021, Kean Yew has won the hearts of many Singaporeans with his humble boy-next-door personality and tenacious spirit. The partnership will kick off with a series of interactive campaigns that will help consumers engage with both Grab and Kean Yew in fun ways, and discover how Grab is able to bring convenience and value to them every day.

To officially launch the partnership, Kean Yew joined Grab’s immersion programme for a day and experienced a bit of being a GrabFood delivery-partner. Donned in the green GrabFood uniform, he made deliveries to five lucky consumers that day.

You can stand to win a badminton racket autographed by Loh Kean Yew when you participate in Grab x Loh Kean Yew AR filter giveaway, hosted on @grab_sg. The contest will run from 6 – 31 October.

Enjoy up to 40% off your favourite meals from 6th – 31st October. Just look out for the GrabFood Hot Deals banner or icon on the GrabFood homepage in-app.

More details will be shared on Grab’s marketing channels and in-app soon. 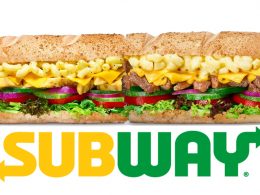 Working from home? Belkin got you covered with these two productivity gadgets