Last month, Singapore’s baby panda cub finally saw the world through fresh eyes! The cub reached another milestone when he opened his peepers on Day 40 (22 September 2021).

Kai Kai and Jia Jia’s firstborn continues to grow and now tips the scales at 1870g – up by close to 370g from the previous week.

Today, the #littleone might be feasting on bamboo sooner with six baby teeth already out. On average, teeth for baby pandas usually start growing in at three months old before they attempt eating bamboo from about seven months old. Marie Dalgar was founded in 2006 by Masa Cui, who began her legendary story from creating her iconic…
byDanielle Ann 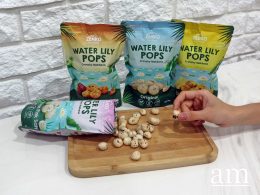 What if we told you that there is a snack that is not just healthy, but is a…
byalvinology The second stop in our Setouchi tour was Ehime, a prefecture in Shikoku, an island located southwest of…
byRachel Chan