A female Singaporean ex-flight attendant from a wealthy family appeared before the court with her ex-husband, after they were unable to agree on the child support that should be remitted to her every month for their twin children.

The man was from a lower-income family compared to the woman.

Woman from a wealthy family, living in a mansion

A report from Shin Min Daily News showed that the the Singaporean couple’s marriage did not survive the arrival of their children. Just two months after the woman gave birth to twins in June 2018. According to the Chinese-language report, the two had an argument after the twins’ birth and she moved back to her father’s mansion, taking the children with her.

Upon this informal separation, she asked for child support from her husband. They only decided to process their divorce after a year, and in the meantime the ex-husband sent her $1,500 a month. This continued for six months then abruptly stopped for a few months after that. When the child support picked up after the dry spell, the ex-wife asked for an increase in the amount.

She asked for $6,500, and to cover the previous months he had not been able to send child support.

The judge in their divorce case did not approve her request for an increase in child support so she filed for an appeal.

In her appeal, the ex-stewardess said that their twins rack up to as much as $10,000 a month in expenses. These would include their transportation costs, domestic help, and residence fees.

The children, who go to a private school, require $1,600 just for tuition.

The ex-husband said that he was not consulted in the decision to enroll the twins in a private institution. Their mother, on the other hand, said that the kids were used to the private school environment, so she rejected the idea of removing them during the current school year that they were already attending.

Court records showed that the ex-wife was living at her father’s mansion after their separation, and was allegedly being charged $3,200 in rent. She expressed that she was living with 10 other people. Even with all the space she described the situation as less than ideal for her.

The ex-husband doubted that the bill she presented as her father demanding payment for rent was real. He also said that she and the children could simply move back in with him in the marriage home if she did not want to stay with her family.

The ex-stewardess had come from a wealthy family, with properties around $3 million. When they were courting, she also paid for her then-husband’s bills pertaining to his education. Her ex, who had become a lawyer, had racked up a large amount of debt due to his school expenses, and he was supporting his own siblings and parents as well. He was said to pay $2,000 every month to service his debt.

The mother of the twins said that he could give up his car and drive a cheaper model than the Mercedes Benz he was currently using to afford the children’s expenses, but he refused. 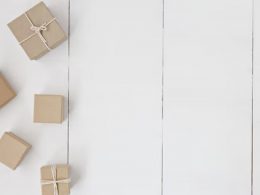 Are you wondering what to give your religious family members and friends? With the number of inspirational gift…
byGuy Live it up this F1 season as Mandarin Oriental, Singapore presents the Singapore Night Race package from 14…
byCarrie Er

This open letter is republished with permission from the author, Joe Nguyen, on the frustrations he encountered trying…
byalvinology