10 times we saw Otters living their best life in Singapore

While the rest of us may still be living carefully and cautiously thanks to the ever-present threat of COVID-19, other Singaporean residents are quite frankly, living their best life. Who could they be?

The otters, of course!

Singaporeans have spotted otters alone or in their gamboling family groups throughout the country. Here are some of the best recent snaps:

Alicia’s Singapore Photo Journals on Facebook had a great idea to leave their camera gear down in the grass, and was able to capture this charming video of an otter squad leaving the water.

Another of the same Facebook user’s photos showed another (or possibly the same) squad having a lie-in without worrying about sunscreen–or work, for that matter.

The otter above seems to love showing off that he had a rare meal today–an albino tilapia!

Seems like the otter above really likes the head part of the fish.

The group of otters above seem to be waiting for their turn on the ‘communal catch’. The video was uploaded by an NGO called Greener Life Singapore.

For a more dramatic video, watch how this family of otters looked like they were all waiting to snag the last BTS meal!

While this photo by Penguin Pictures on Facebook showed an otter already enjoying his catch for the day.

This otter was previously teaching other otter pups on how to fish, then snagged their own snack afterwards!

A Facebook account called Culture Stamps showed another group of otters just having fun at Keppel Bay like the rest of the world isn’t in a pandemic.

And finally, the same person who brought us a few snaps above showed us what an otter buffet looked like.

Have you spotted an otter living its best life alongside us? Share your photo with us! 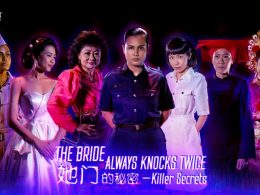 Bored and looking for something new to do? Promising to inject some excitement into an otherwise humdrum week…
byalvinology