Lee Cheng Yan, the driver of the Maserati that dragged a police officer 124m and abandoned the man in the street was denied an appeal, after he finally admitted to being behind the wheel when the crime happened. His defense had always been created around the claim that he was not the one driving the vehicle and was not responsible for the police officer’s injuries.

37-year-old Maserati hit and run driver Lee Cheng Yan appeared before the Court on May 28 where his appeal was dismissed. He appealed with a new set of lawyers against the sentence that was handed down to him last year. A previous report from Alvinology said that he was sentenced to four years and seven months in jail, but he appealed that sentence, and was seeking to be charged on a less serious offense.

What did Maserati hit-and-run driver Lee Cheng Yan do?

Lee Cheng Yan became the centre of a car chase and hunt after he injured a traffic police officer with his illegally-modified Maserati along Bedok Reservoir Road.

You can watch the video of the incident below.

On November 17, 2017, a police officer named Staff Sergeant Khairulanwar Abd Kahar flagged down Lee’s white Maserati along  Bedok Reservoir Road at about 9:20 pm. Lee was not wearing a seatbelt.

Kahar approached Lee when the driver suddenly reared back and sped away, injuring and taking Kahar with him.

With Lee admitting that he was driver in the incident, he dragged Kahar almost 100 meters with the illegally-modified Maserati before he was able to let go. But at that point the traffic officer had sustained multiple injuries. He was taken to Changi Hospital for treatment.

Upon seeing the incident, two people on a motorcycle gave chase, and recorded a video of the Maserati beating two red lights and speeding away. The police used their video to generate leads and caught up with Lee at n an apartment in a Geylang Bahru Road HDB flat. The Maserati was found abandoned in Cedar Avenue off Upper Aljunied Road. He was caught wearing only boxer shorts and a t-shirt.

The police also found out that he was not supposed to be driving as his permit was revoked following numerous previous charges of reckless dirivng that resulted in injuries and violations.

He had a total of 65 charges laid against him.

Lee Cheng Yan said the same as Shaggy’s song, “It wasn’t me!”

Judge called him heinous and dangerous

The prosecution claimed Lee was fully aware of the hurt he could inflict on the policeman when he drove so recklessly, and that when the enforcer was able to get free of the car, the accused did not stop to help and fled.

Lee always used the defense that he was not the driver during the incident, but finally admitted he was during the most recent hearing.

The judge, during the hearing for his appeal, called his actions heinous and dangerous. The judge also said, “A car is not normally a weapon, but in the context of a traffic stop, causing injury by a car or other vehicle is tantamount to the use of a weapon… Using such a vehicle to cause harm should not only attract deterrence but heavy retribution.” For those wearing glasses or contact lenses in Singapore, you have to know about SeeChic, Singapore’s first online…
byalvinology 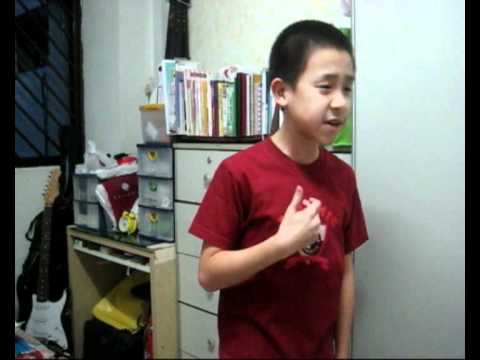