Developed with proprietary technology created by Float Foods’ in-house research and development team, the announcement comes on the back of successful proofs-of-concepts established during positive engagement with accredited local organisations in the fields of research and innovation including:

OnlyEg comprises legumes-based substitutes for both egg yolk and egg white as two distinct components which can be prepared and assembled in minutes into multiple styles of egg including sunny side-up, overeasy or soft boiled.

Another key component of Float Foods’ plant-based food ecosystem is a “food as medicine” approach – where the nutritional benefits of OnlyEg is being developed to be higher than that of a chicken egg.

OnlyEg will also be able to offer versatility, functionality and nutritional value that matches that of a whole chicken egg, while mitigating the potential for animal-to-human disease transmission, hormones or antibiotics residue and supply chain disruption; reducing our carbon footprint and land use while adding to food diversity.

Float Foods has completed proof-of-concepts for OnlyEg and other alternative proteins products including plant-based yoghurt, cheese and blended egg patties and shreds. The start-up is currently raising capital through a Series A round as it gears OnlyEg for commercial readiness by 2022, with support from Singapore’s leading research and innovation agencies.

A series of proprietary and licensed plant-based products will be released in phases across the next two years.

14 upcoming Ascott properties to look out for around the world 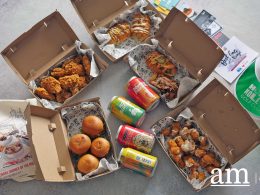 Funan is set to be Singapore’s first online-and-offline shopping mall!

Dyson Corrale – the only hair straightener with flexing plate technology