Four mattress companies, namely Sealy, Simmons, Serta, and King Koil have assured customers who bought mattresses through closing Robinsons that they would get their orders. Robinsons has not remitted any payment for the orders to the companies.

The four companies issued separate statements to the press and social media channels that they would deliver fully paid orders, with Sealy saying that they would require a $50 fixed delivery fee. The other companies said the fully-paid customers need not pay any additional fees and to wait for someone to contact them.

Did you partially pay for mattresses from Robinsons?

According to The Straits Times, a representative from Simmons said that they would absorb the payments for partially-paid mattresses from Robinsons. They will reportedly contact customers on how to fulfill the rest of their payments and claim their orders “as soon as possible.”

King Koil also mentioned something similar to Simmons, that they would absorb the partial payments.

Sealy said the same, that they would absorb the partial payments and deposits, and ship out the fully paid mattress orders which amounted to “hundreds.” They also said that Robinsons has not compensated them for any of the mattresses sold. Sealy sales representatives were said to be in touch with customers soon.

Their statement read, “Sealy will not require any additional payment from those customers apart from a modest $50 delivery fee.Sealy will contact each customer shortly to arrange delivery.

“Sealy will also contact customers who have either paid deposits or made part-payment to Robinsons for Sealy beds to make further arrangements for the fulfilment of their orders.”

Simmons’ statement, on the other hand, said, “In appreciation of your loyalty and support for our brand, and notwithstanding Robinsons inability to pay Simmons, Simmons will honour and fulfil all customers’ orders who have paid in full to Robinsons.

King Koil customers may want to read an issued statement on their Facebook account which said, “We will be honouring orders for customers who have made full payments to Robinsons – even though we may not be paid by Robinsons. For customers who have effected partial payment and/or deposits, we will be absorbing the amounts that have been paid.

“There will be no transportation and/or other hidden charges imposed. Our sales consultants will be in touch with you shortly on the same. Please bear with us whilst we reach out to all affected customers – but we will most certainly contact you.”

What did the customers of paid mattresses do about Robinsons’ closure?

According to the same report, a local consumer watchdog, 20 customers filed complaints between October 30 and November 2 about Robinsons. 18 of these were specifically about pre-paid mattresses supposedly slated for delivery, said Consumers Association of Singapore (Case).

What about other purchases from Robinsons that were not mattresses?

The Straits Times said that the website of the company liquidating Robinsons, KordaMentha, mentioned that vouchers for the company in liquidation can be used if the customer spends twice that amount.

Case has said that for customers who do not want to continue their transaction and had paid through credit card can contact their banks within 120 days to reverse the charges or get back their deposits. Customers can still keep reaching out to Robinsons but if they can’t find any resolution to their transactions, the report mentioned that filing a proof of debt with the liquidators may help.

Robinsons closed operations after 162 years of operation, citing reasons such as “changing consumer tastes and cost pressures such as rent.”

[email protected] Photo Contest: Celebrate Harmony at Work and stand to win over S$3,000 worth of cash prizes

The annual [email protected] Photo Contest is back for a third year! If you haven’t heard of it, the…
byRachel Chan Today, TOTEM reveals two new acts, performing for the first time in Singapore. If you have not caught…
byClaudia Lim 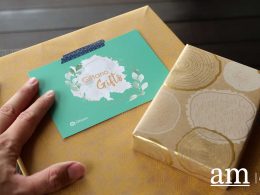 Giftano – A New way of Gifting in the new normal

With online shopping becoming the norm since the Covid-19 pandemic, Giftano, an online gifting marketplace in Singapore has…
byalvinology

As part of JUMBO’s continuous efforts to enhance its offerings to cater to changing consumer preferences, JUMBO Seafood,…
byIrone Kim
Hello. Add your message here.
See how Snapask has been helping out over 3 million students around the world. Find a perfect plan