Huawei is one of the largest smartphone makers in the world, that we all know. In fact, Huawei recently ranked the 6th most innovative company in the world.

You may know Huawei for its smartphones but might not hear about its history, work culture or innovation efforts that have impacted many lives. Here, are 5 of Huawei’s most interesting facts that may come as a surprise to you.

Huawei CEO, Ren Zhengfei founded Huawei when he was in a mid-life crisis.

Mr Ren was a military technician and served in the People’s Liberation Army of China. When he first started, he operated Huawei out of a small apartment in Shenzhen, as a simple reseller of affordable telecommunication switches created by a company in Hong Kong to small hotels in the city.

Who knew that this modest company founded by a 42-year-old would grow to become one of the largest tech companies in the world.

2. R&D Wonderland for the Staff

Huawei’s Ox Horn European-style campus in Dongguan, Southern China is one of the most unique Research and Development offices in the world. Spanning nine square kilometres, it is divided into 12 small towns to resemble various European cities such as Paris, Verona, Spain and more.

The campus houses its own train system and accommodates up to 25,000 employees, consisting of various facilities meant for the factories, and housing for business employees. It’s said that a full train ride around the entire campus would last 22 minutes, that’s just how large the campus is!

A patient who suffered from Parkinson’s disease received China’s first 5G-based remote surgery through a deep brain stimulation implant which took only three hours, a feat in itself.

Made possible with Huawei’s breakthrough in 5G technology, issues experienced by 4G networks such as video lag and remote-control delay did not occur, thus allowing the surgeons to deliver a smooth and nearly real-time operation.

With Huawei pushing boundaries in the medical industry, Huawei’s ground-breaking research could allow surgeons to operate directly on patients in inaccessible areas through remote surgery in the future.

Since its partnership with Leica in 2016, Huawei’s smartphones have been known to provide users with leading photography and videography capabilities in the market.

This partnership with the German lens and camera powerhouse has propelled Huawei to secure its place as a leading smartphone provider. In fact, the first-ever smartphone with triple rear cameras, the HUAWEI P20 Pro, was the brainchild of the 2 companies.

Did you know Huawei is one of two device companies in the industry to have built its own software and hardware ecosystems with unrivalled expertise in building networking infrastructure?

Huawei’s 1+8+N ecosystem was introduced to deliver the world’s most exciting, intelligently connected digital experience with the ‘1’ smartphone, ‘8’ peripheral devices, and the millions of IoT devices, ‘N’. Huawei has been constantly expanding their range of products to ensure all needs and wants are met – an example would be the extensive laptop range brought into Singapore since early this year.

Beyond product development, Huawei’s software system was also introduced to complement the hardware. The HUAWEI AppGallery was built to offer apps optimized to work on its devices, for an innovative, smart and reliable ecosystem for its users.

AppGallery now boasts a global presence across 170 countries. In 2019, the AppGallery had more than 400 million monthly active users around the world and achieved an all-time high of 210 billion app downloads.

Overall, Huawei’s 1+8+N ecosystem is the company’s long-term business commitment to help consumers achieve the Seamless AI Life that’s made possible with the hard and software. 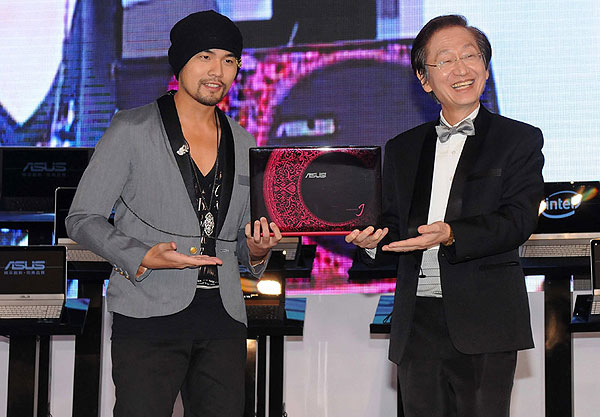 Multimedia Project on Potong Pasir – My Kind of Town