The Nickelodeon Slime Cup 2017 kicked off yesterday at City Square Mall to a slimy start and I was there with my son Asher to soak in the fun. Here are some images that capture the highlights, fun and sliminess that took place throughout the day:

The Nickelodeon Slime Cup 2017 carries on today and is FREE for the public. It takes place at City Square Mall from 11am to 7pm. Asher and I have been attending the event since 2015. Check out our past years coverage in 2015 and 2016. Since the inaugural event in 2013, the Nickelodeon Slime Cup in Singapore has seen more than 33,000 kids and their families play with nearly 30,000 litres of slime.

At the event, each child will own a Training Card which will allow them to collect a stamp upon completion of each game station. Gain a certain number of skill stamps and earn the honour of being a certified Nickelodeon Super Slime Fan, as well as the chance to bring home some slime in exclusive Slime Cup goodie bags (only for kids aged 4-14).

Some survival tips for parents who are heading down:

One good thing about the event taking place at a shopping mall is that you can duck into aircon comfort whenever the heat becomes unbearable. Food is also easily available, with many F&B outlets and restaurants within the mall itself. City Square Mall also has a kids targeted level at B2 which include a Toys “R” Us, kids’ apparel shops and many other kids-friendly stores.

That’s it! Have fun! 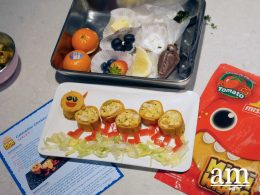 In a country like ours where owning land is the exception rather than the rule, properties like the…
byDanielle Ann From the creators of Shrek comes DreamWorks Animation’s Trolls, a smart, funny and irreverent comedy about the search…
byalvinology