Is cheese your kryptonite too? Looking to upgrade your cheeseboard game?

Shiok French Cheese Board by @francoisrobincheesemonger ? Thank you to everyone that joined the live! Hope you enjoyed the cheeses!! We had a blast! See you soon ?? François & Sophia . . . . #enjoyitsfromeurope #europehomeofcheese #frenchcheese #epoisses #bleudauvergne #triplecreme #emmental #camembert #mimolette #cheeseboard #shiok

One of my favorite childhood story was Enid Byton’s “What No cheese”, which is about a little yellow bird obsessed with cheese. I sure ain’t the only little yellow bird around, as seen from the enthusiastic reception of @homeofcheese_sg’s Instagram livestream yesterday, where cheese expert François Robin, all the way from his kitchen in France, shared about pairing French cheese with simple ingredients we can find anywhere in Singapore.

The French pairs cheeses with French ingredients that may be hard to find in Singapore so it’s a simple and brilliant idea to use ingredients that locals can easily find at home. Incorporating familiar flavours into the traditional cheese board will allow cheese beginners, and cheese lovers, to appreciate new tastes and textures.

Based on the unique qualities of each French cheese, François suggested familiar local ingredients: the sweet and coconuty kaya; coriander, an ingredient as polarising as blue cheese itself; and a handful of spring onions, dried tropical fruits and mixed nuts to complement the flavours of each cheese.

It’s amazing how such simple ingredients and unexpected pairings elevate the pleasure of enjoying cheese. Try it for yourself.

Not to worry if you missed the livestream, for you can still watch the recording on @homeofcheese_sg’s Instagram account. It’s 1.5 hours long and experienced technical glitches at some parts. BUT, fret not, for we have gathered François’ cheese pairing tips for you here at Alvinology.com.

A post shared by Francois Robin Cheesemonger (@francoisrobincheesemonger) on Sep 21, 2020 at 8:43pm PDT

Cheesy tip: To avoid the cheese becoming sweaty in Singapore’s hot tropical climate, only take out the cheese 20-30 minutes from the fridge before eating. Enjoy!

How to enjoy cheese? Anytime, Anywhere and Anyhow! As François said, “The best way to enjoy French cheese is not to be formal… eat French cheese the way you want!”. Have fun experimenting with different flavor and texture combinations. There’s no right and wrong!

Now that you have inspiration for your next cheeseboard, fancy some wine to go along?

Mind-boggled by all the different cheese? Here’s the 101 on the 6 types of cheese featured:

So you’re in between jobs, in between semesters, just graduated from school, or just need a part-time job.…
byRachel Chan A family of around 10 polar bears, including at least two small cubs, recently surrounded a garbage truck…
byZenn 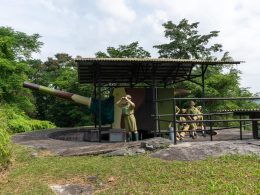