Female mental health ranges from being misunderstood to misdiagnosed, or in some cases being misattributed to negative gender norms.

Society typically sees women as being natural caregivers in the roles of mom, wife, sister, daughter, etc. Essentially, they are often expected to put the needs of others before themselves, to the detriment of their own needs and mental wellbeing.  However, more than 1 in 5 women in the United States experienced a mental health issue in 2019.

So, here are 7 mental health issues that are very common amongst women:

Typically, sufferers have insatiable urges to pull hair from the scalp, eyelashes from eyelids, or hair from other areas of the body such as arms and legs.

Hair pulling can be triggered by everyday stressors, or an overwhelming sense of tension especially when trying to resist the urge to pull.

Over time, Trichotillomania can lead to patchy and/or irreversible hair loss.

Luckily, a wide range of treatment options are available to help sufferers. Successful therapies include:

You can learn more about cognitive therapy and other treatment techniques on nomorehairpulling.com (NMHP).

Depression is a mood disorder. Typically it consists of feelings of low worth, sadness, and/or general disinterest in life. Women experience depression at twice the rate of men, with around 12 million women in the USA living with clinical depression.

It’s real. Negative stereotypes about depression never help. “Shake it off”, “cheer up” or “smile” are some of the worst things you can say to yourself or a sufferer.

No, you can’t see it. But depression is proven to affect the way you feel, think and behave. It can also cause serious and extreme emotional and physical issues.

Treatment options for sufferers include cognitive behavioral therapy, interpersonal therapy and psychodynamic therapy. Many people who suffer from depression also take different forms of medication to treat the underlying chemical imbalance that is causing the problem.

PTSD is a complex disorder. By its very definition, it occurs after a traumatic event. This can include being physically or sexually assaulted.

According to recent research, women are twice as likely as men to suffer from PTSD. Worryingly, estimates suggest that five out of ten women will experience PTSD at some point in their lives.

If you or someone you know is suffering from PTSD, it’s worthwhile keeping the following in mind:

Thankfully we are beginning to understand more and more about PTSD every day. However, it typically takes an experienced healthcare professional to help you navigate this complex issue.

Bipolar disorder affects both men and women. It can be characterized by mood swings, extreme energy shifts from highs (manic episodes) to lows (depressive episodes).

Medication is often used to treat the bipolar disorder but this normally goes hand in hand with other treatments such as psychotherapy.

ADHD is typically only attributed to young, hyperactive males with concentration issues.

However, females can be afflicted with ADHD and the results can be truly devastating.

Symptoms also manifest themselves differently between the sexes. For example, female sufferers of ADHD are more likely to be inattentive and may lack focus, forget small details or struggle to listen or remember things.

If left untreated, ADHD can eventually lead to complex anxiety or clinical depression.

Postpartum Depression occurs in the period following childbirth. It typically has a number of distinct differences between it and the “baby blues”.

It is, however, typically mistaken for the baby blues at first. The key difference is the initial symptoms of baby blues intensify and last longer.

What’s more, it seriously impinges your ability to take care of yourself and your new baby.

Postpartum depression signs and symptoms include:

Postpartum depression is often treated with psychotherapy or medication or both.

Eating disorders range from commonly known occurrences such as anorexia and bulimia. But it also includes restrictive food intake and binge eating disorders, as well as a condition known as “other specified feeding or eating disorder.”

If you or someone you know is having difficulty with an issue addressed in this post, you should reach out to a qualified mental health care worker as soon as possible. 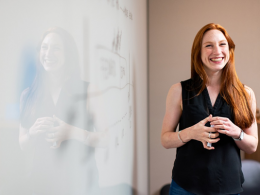 Things That Staff Members In Your Company Will Absolutely Love

There is a direct link between employees’ happiness and the overall productivity of their company, and this connection…
byGuy 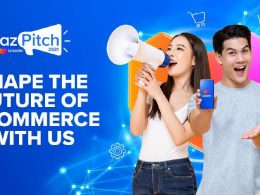 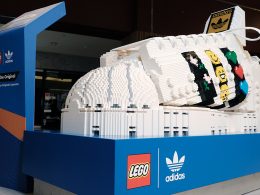