Carlsberg celebrates Liverpool FC’s incredible Premier League title win with the launch of a limited edition ‘Champions Can’ for fans in 25 countries across the world, including Singapore.

Liverpool FC was confirmed as Premier League champions as Manchester City dropped points at Chelsea on 26 June 2020, and after Liverpool FC’s win against Crystal Palace on 24 June 2020. The incredible Premier League season sees them clinch the champion title with seven matches to spare.

Liverpool FC fans in Singapore will be able to find the limited-edition ‘Champions Can’ celebratory packs at FairPrice Online, RedMart and selected FairPrice stores, which will retail at S$50.50 for a pack of 24 cans, while stocks last.

In addition to the ‘Champions Can’, Carlsberg will also be retailing the limited edition ‘Champions Bottle” at selected coffee shops and hawker centres in Singapore to bring the celebration closer to all Liverpool fans.

The celebratory packaging honours Liverpool FC’s iconic win in the 2020 Premier League, and commemorates Carlsberg’s longstanding partnership with the football club since 1992.

Liverpool FC fans and beer lovers can also raise their glasses to commemorate this momentous occasion by adopting a virtual red Liverpool FC keg for S$200 (equivalent to 28 pints) via the Adopt A Keg initiative here.

Not only can fans enjoy a refreshing pint or two to celebrate, but they will also be supporting their favourite bars, pubs and restaurants to help them come back stronger when they reopen.

Consumers are encouraged to celebrate responsibly by not drinking and driving, as well as abiding by social distancing measures as advised by the authorities while enjoying their beers.

Find out more about Carlsberg’s partnership with Liverpool FC here.

Notice something different on my blog masthead? I won a Silver Award for this year’s W3 Award for…
byalvinology 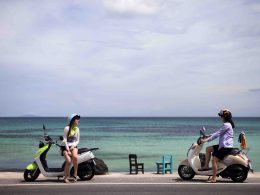 You can now fly directly to Jeju, South Korea’s Hawaii, via Scoot 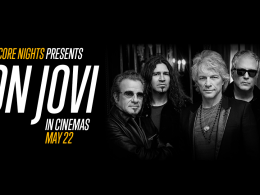 Is your dad or yourself, a rock music fan? How about spending Father’s Day bonding at a good…
byalvinology