Ridzuan Mega Abdul Rahman and his wife, Azlin Arujunah, were sentences to 27 years in jail for voluntarily causing grievous hurt by dangerous means to their 5-year-old son.

According to a report from Channel News Asia, the couple was acquitted of murdering their five-year-old by repeated scalding with hot water on Monday, July 13. They were instead sentenced to 27 years in prison, with the father slated for 24 strokes of the cane and the mother to spend another year in jail instead of caning. Women cannot be caned under law.

What happened to their son?

A previous report from Alvinology said that their young son met a horrid amount of abuse from the couple, and eventually died from horrific burns.

In October 2016, the boy was rushed to the hospital six hours after receiving the burns to 70% of his body. Doctors and nurses had needed counseling at the time to process the extent of the boy’s injuries, which were horrific.

According to previous reports, he faced various forms of abuse from his parents when he went back to live with them in their one-room Toa Payoh flat. Reports said he wa previously fostered out then returned to his parents.

“He was beaten with a broom when his mother found that he scattered biscuits on the floor. The week that he died in October 2016 saw him scalded with hot water on four separate occasions. He also sustained blunt injuries to his head when his father allegedly hit him with a broom because of refusing to take off his shorts to take a shower.

“Aside from the actual injuries, the boy was also found to be severely anemic, which implied prolonged blood loss. The boy was taken to KK Women’s and Children’s Hospital with low blood pressure and low body temperature. It did not take long for him to pass away, which alarmed hospital staff, especially the nurses.”

He was also forced to stay in a cage meant for a cat, and was pinched with pliers.

Mother and father have mental problems and violent pasts

Defense lawyers argued that the parents, especially the mother, experienced difficult childhoods, which may have contributed to their treatment of the boy.

She initially defended her actions, saying that she only wanted him to learn his lesson, and that she would not have poured the hot water if it weren’t for the boy’s attitude.

Reports have said that the mother grew up unloved by her own mother and with a father who was a drug addict. As for the father, he was said to have an IQ that was in the bottom 16th percentile. Defense lawyers also sought to have him diagnosed with ADHD, and that some experts noted that he displayed antisocial personality traits.

Judge did not give weight to mental issues

Despite the points raised by the defense, the judge in the case did not give any weight to the issues about the parents’ mental health, citing that the case must be an example as to how the Singaporean justice system works when victims are children. As we all know it, the festive season is synonymous with indulging in a sumptuous spread of delicacies…
byCarrie Er 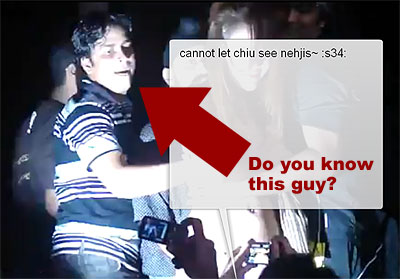 Looking for the next best place to bring the kids in November 2017 that isn’t Disneyland? LEGOLAND’s newest…
byStaff Writer

This Chinese New Year (CNY), why not celebrate and bond with your family by embarking on an adventure together at…
byalvinology
Power up your child's learning with Geniebook.
Sign up for free demo
This is default text for notification bar
Learn more