Local officials and several OKLETSGO sponsors have made statements regarding the hosts’ misogynist language on their Malay podcast–even after the trio comprised of former radio DJs Dzar Ismail, Dyn Norahim and Raja Razie apologized on their social media accounts.

The OKLETSGO hosts’ apology came only on June 15, four hours after President Halimah Yacob demanded they say sorry for the abhorrent language used to speak to and about women on the podcast episodes. The hosts had been called out by netizens and personalities including DJ Jade Rasif before their apology.

What did OKLETSGO hosts say about women? Read about it here.

What did Singaporean officials say about OKLETSGO?

Four Singaporean officials who have appeared as guests on the podcast said that the misogynist comments made by the hosts were wrong.

Channel News Asia reported on Law and Home Affairs Minister K Shanmugam saying the language the hosts used went beyond poor taste and were very wrong. He expressed his view on his Facebook page.

Environment and Water Resources Minister Masagos Zulkifli also expressed that there was no place for derogatory comments against women. He went on further to say that, “The strong criticism expressed towards the incident shows that our community values respect for women.”

“As influential personalities in media, it is imperative that they hold themselves to high standards of conduct and convey values that are aligned with what we stand for as a community.” He also said that he was glad that the hosts have apologized.

According to a report by Channel News Asia, Minister of State for Manpower Zaqy Mohamad, who also appeared on a previous episode on the podcast said that, “Unsavoury comments against women is a line that should never be crossed,” he wrote. “Nobody has the right to offend others’ sensibilities.”

He was glad, though, that the podcast allowed for the engagement of important and difficult topics.

Senior Parliamentary Secretary for Home Affairs Amrin Amin specifically said in a Facebook post that, “This is wrong, and as a society we should point this out to put things right. We must also give space for people to grow and learn. Misogynistic comments on women on OKLETSGO podcasts were wrong,”

While other sponsors have been keen to mention that their content did not appear on the podcast at the time when the unsavory comments were made, Foodpanda has specifically asked for their content to be removed from the podcast.

The same report from Channel News Asia mentioned that, “Foodpanda does not condone misogyny in any form,” a spokesperson from the brand said. It will also evaluate and examine partnerships more closely to avoid a similar incident happening in the future.

Another sponsor, TAQ Wealth Associates, mentioned that they would not continue with the last episodes they had sponsored.

Nur Insan, which offers free Islamic classes, said in a Facebook post that some parents were approached and subsequently asked to pull their children out from the classes. A later Facebook post said that none of the kids have been pulled out. 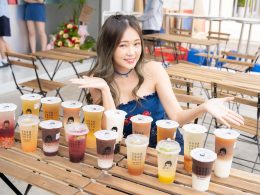 Hailing from Taiwan, and co-founded by Taiwanese variety show personality and self-made entrepreneur, Yako Chan, alongside a few…
byIrone Kim

(WARNING: Long post ahead) Attended Cosfest 2007 at Downtown East today with Cuandi, Rosslyn, Leon and Rachel. What…
byalvinology
Power up your child's learning with Geniebook.
Sign up for free demo
This is default text for notification bar
Learn more