Jungkook from BTS has released his first solo single

Despite everything going on in the world right now, ARMYs are being given happy treats courtesy of Korean group BTS, whose members have been releasing new music to make sure we are still smiling.

Eye candy 22-year-old Jungkook is the latest BTS member to surprise us by releasing his very first solo single last week: ‘Still with You’. This has been a long time coming with Jungkook fans waiting on the edge for him to finally come up with his own music. Jungkook released the track as part of BTS’ annual Festa celebrations, which leads up to June 13, the anniversary of BTS’s founding.

‘Still with You’ isn’t the only track BTS fans should be ecstatic about, either. BTS member Suga also surprised fans by releasing his second solo mixtape ‘D-2’ under his stage name Agust D a few weeks ago. His lead single ‘Daechwita’ made it to the top of World Digital Songs and Billboard’s World Album charts.

This is Suga’s first solo hit to make it onto the Billboard Hot 100, making it to number 76. As for the World Digital Song Sales Chart, all of his ‘D-2’ tracks invaded the Top10, making Suga the first solo artist to sweep the entire top 10 in a mere week. BTS (as a group) is the only other artist to achieve this so far with the band sweeping the entire top 10 on four different occasions.

BTS had to cancel their whole 2020 world tour amidst the Covid-19 pandemic, but they plan on broadcasting a new show live later this month. The show is to be shot from their home and we will get to see them perform new sets of our favourite BTS hits. 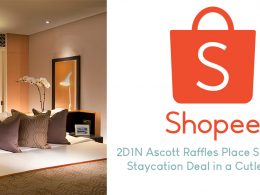 Shopee Best of 2020 – These items are still on sale and it’s your last chance to snag them! Check them here –

Recently, the Singapore Tourism Board engaged a popular indie Filipino band, Up Dharma Down to travel to Singapore…
byalvinology After a month of opening and in response to diners’ feedback,Tsui Wah Clarke Quay, the first Tsui Wah…
byKaryn Cheong
We are now on Telegram with daily deals and giveaways! Click and join our channel. It's FREE!
See how Snapask has been helping out over 3 million students around the world. Find a perfect plan