Whose fault is it when a baby gets food poisoning because the parent forot to bring sterilized utensils and relied on the restaurant to provide?

This is what happened to a woman named Serizawa, 34 years old, when she and her one-year-old daughter went to a coffee shop on 81st Street Tampines on the 28th of March.

A report from Zaobao.sg says that she had forgotten to bring utensils for her daughter’s food, which meant that she needed something other than the adult utensils available at the restaurant. She allegedly requested for kitchen scissors so she could cut the food for her child into bite-sized pieces. The coffee shop obliged her, of course, but the report did not say if the restaurant had sterilized or cleaned the kitchen scissors very well.

In the report, Serizawa said, “I forgot to bring my scissors, so I borrowed scissors from the booth to help the baby cut the pieces of meat and vegetables into small pieces for feeding.”

Here is her complaint: The post above says that she is pushing for compensation because she needs money in light of her daughter’s sickness and upcoming school fees. All her plans have been ruined because of the kitchen scissors that she borrowed.

Serizawa said that three hours after eating at the restaurant, her daughter began to vomit quite a lot, and was rushed to a hospital. The doctors at  Zhujiao Women and Children Hospital said that her daughter’s vomiting was caused by a viral infection. When the doctors said this, she thought that the culprit was the kitchen scissors she borrowed from the coffee shop they had gone to a few hours ago.

“The baby had eaten the same dish before, and it was never a problem. This is the first time I used scissors to help my baby cut vegetables.” she said.

The baby allegedly stayed for seven days in the hospital. The vomiting had abated but came back, at which point Serizawa went to the restaurant to demand that they pay for the child’s medical fees. The coffee shop owner, however, refused to accompany her, but did give her roughly $60.

Serizawa has reported the incident to the proper authorities.

Who is at fault?

That a toddler had to suffer severe vomiting is distressing, but whose fault is it? The report did not say whether Serizawa had asked that the kitchen scissors were sterilized nor did she sterilize the scissors herself. But did she tell the restaurant to make sure they gave her scissors fit to handle baby food? All the restaurant said was that they washed the pair.

While parents do make mistakes and forget things when they take their baby out, is it the restaurant’s responsibility to pick up the slack and should they be responsible?

Here’s what some netizens think:

Some say that she may have forgotten to wash her own hands. How would she prove that the coffee shop was at fault?

Some said she should have been happy they loaned her scissors.

While some said that she just wants to push all the blame on the stall. 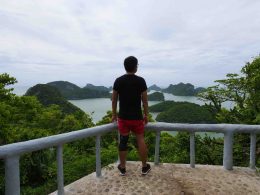 Can you beat the Olympics Gold Medal Walking Record at 230.08 minutes? Test it out with #WalkForHumanity 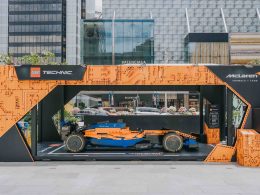 With the return of the Singapore Grand Prix 2022, Singapore will be hosting a LEGO replica of the…
byIrone Kim

Starbucks celebrates the season of giving with more bags full of holiday cheer! Featuring a lineup of new…
byIrone Kim