Saint Dunstan in the East

Built-in the 12th century, Saint Dunstan in the East remains one of the best-undiscovered places in the U.K. It was partially damaged during the Second World War, but the Anglican church opted not to rebuild. What remained is a marvellous architectural project, with some areas of the church being converted into a beautiful garden. Located between the London Bridge and the Tower of London, this medieval church provides a tranquil and peaceful place, where you can relax and spend time with nature – away from the hustle and bustle of the city.

The Surrey Countryside is arguably one of the most picturesque places in the U.K. However, most people don’t know about it. It’s home to more than 25 National Trust properties, the beautiful Surrey Hills as well as acres of rolling landscapes and gardens. With lots of wildlife to spot, endless cycle paths and walks, as well as plenty of outdoor theatres, the Surrey Countryside remains a wonderful hidden gem. It’s easy to see why corporations such as NowLoans have set up their operations in this area of the country.

Featuring thousands of colourful plants, rock gardens, and lots of walking trails, the Exbury Gardens is truly a hidden gem. It also has a unique steam railway, which takes visitors around the gardens. There are lots of children attractions and exhibitions, making it such a delightful adventure. Whether you prefer using the steam train, walking, or being chauffeur-driven around the park, the Exbury Gardens has lots to offer. Remember to bring your camera.

Also known as Waterloo Vaults, The Vaults are underground tunnels that are located underneath the Waterloo Station in London. While you may expect darkness and emptiness, you will find a welcoming and safe place. The walls are filled with beautiful paintings and graphics, which are always changing. The Vaults are also used for theatre performances, concerts, and different types of parties. And if you fancy a drink or a bite, then you can grab one at the Vaulty Towers pub.

Without a doubt, the Kyoto Garden is one of the most beautiful places in London. It features more than 20 hectares of land. Located around Holland House, this place was originally an old castle, which has been previously inhabited by many famous families. The gardens were officially opened in 1991, as a mark of friendship between the U.K and Japan. These gardens are truly picturesque and peaceful. You will find herons roaming around, Japanese style stone carvings, beautiful koi carp fish, and lots of beautiful trees and flowers. You can visit any time since the gardens are open throughout the year. And you will not pay for anything.

As you can see, there are plenty of hidden gems in the U.K, where you can visit, relax, and enjoy the surroundings. From wild moors to fascinating small towns, the U.K has plenty of undiscovered, fabulous places that you should add to your travel list. 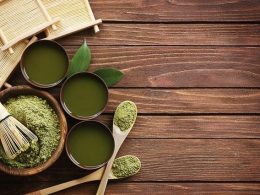 The Most Interesting Tea Cultures Around the World

Next to water, tea is the second most popular drink in the world. It has been regarded in…
byStaff Writer 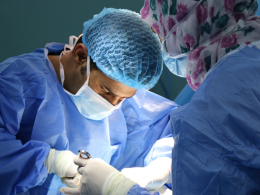 Cataract surgery nowadays is more prevalent than ever, as people over the age of 45 are trying to…
byGuy 5 Sure Ways To Pick The Best Digital Marketing Agency

The number of global internet users has drastically increased from 3.8 billion in 2017 to 4.3 billion in…
byStaff Writer