An article entitled “阻断措施期间足不出户 南大生不解为何染疫” on Lianhe Wanbao was taken down after a Facebook post mentioned accusations against the writer for fabricating an interview with a COVID-19 survivor.

Did a Lianhe Wanbao writer make up an interview?

According to the Facebook post of user Quah Zheng Jie, a writer reportedly named “James” had contacted him to conduct an interview about his experience as a COVID-19 patient in D’Resort.

The title of the article, which roughly translated from Chinese was allegedly, “NTU Student Gets COVID-19 even though he stayed home during the CB Period,” and reportedly showed that Quah got infected with the virus even when he stayed at home.

Quah’s Facebook post said that the writer allegedly contacted him to talk about his experience as a patient, and also asked if they could use photos and conduct an interview.

While Quah mentioned that he had spoken casually about his experience as a coronavirus patient, he also specifically said that he did not give permission to the reporter to use his photos or his details. The reporter allegedly backed off.

Quah also specifically said that he did not want his personal information used in the article.

Quah was then surprised when an article allegedly titled, “阻断措施期间足不出户 南大生不解为何染疫” went up on the website, and that there was mention of some of his personal information along with an interview that reportedly happened. The article did not use his name.

He had found out when a friend’s father was able to identify him from the information given in the article.

Using the information provided in the article and a cursory search on the Nanyang Technical University database, it would be easy to find Quah’s identity to link him to the story.

His statement said, “‘James’ had used my content (that) I posted on Instagram Stories, as a basis to make up an entire story including personal details on my family, my daily activities prior to the CB period, during the CB period, (and) these were FALSE.”

Quah said that he posted on the news outlet’s Facebook page and on his Instagram Stories calling the writer out for what happened, stating that the latter violated their agreement and used information without the former’s consent.

According to Quah’s post, the reporter allegedly reached out to him on May 7 in the afternoon, and wanted to clear up a “misunderstanding.” Quah, however, was adamant that there was no misunderstanding since he specifically said not to use his photos or divulge his information in the article.

Quah said that he had reached out to the editors of the website, and that their response was reportedly, “After an internal investigation, they found out that ‘James’ had written the story based on my social media postings, and had made a wrong judgment to mention that I was interviewed although I had refused to.”

Quah said that the writer used photos from his account, which featured his family, and other details of his life, to write an article that allegedly instilled fear in the website’s readers and viewers. He did not consent to any interview, and that the details published on the article were gleaned from his social media posts.

The website initially changed the photo of the article to a generic picture of the quarantine facility, then eventually took the whole story down.

What did the Lianhe Wanbao story say?

According to the report that has been taken down, they did not name the student who figured in their article, but described the number of people in his family, where he studied, and where he lived.

The article specifically mentioned that an interview was conducted with the COVID-19 survivor. While the article has been taken down, it may still be viewed through a saved version in the cache. 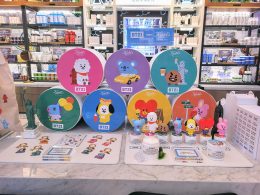 Your kitchen may be your most-used and best-loved space in your home, especially if you have a passion…
byGuy 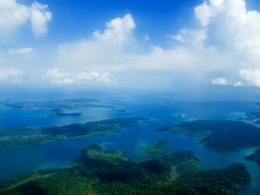 Andaman and Nicobar Islands are a favourite spot among couples. With multiple islands and the most beautiful beaches,…
byGuy