One week into Singapore’s Circuit Breaker, we’ve all had to adjust our lives in accordance to the rules to ensure that COVID-19 doesn’t spread. While others have been following strict hand washing, social distancing, and crowd avoidance for weeks, a certain demographic seems to be determined to go on as they’ve always done–the Metal Teeth Generation.

What does “metal teeth” generation even mean?

Who are the Singaporean Metal Teeth Generation?

Chinese newspaper Lianhe Wanbao also put this generation front and center on their recent issue, showing various instances that the “Metal Teeth” Generation (referring to the Hokkien term ‘ti kee’, they are elderly Singaporeans who are very stubborn and scornful of wisdom) became quite unruly when faced with Circuit Breaker violations.

The Merdeka Generation, aan age group that had been honored by the Singaporean government late last year, has increasingly become the same generation that doesn’t understand why their cooperation is doubly important–they are after all part of the at-risk generation for co-mordbidities that exacerbate COVID-19.

The experience of watching the elderly get into arguments and outright scuffles with others (especially younger law enforcement officers) is both painful and annoying–especially when we know they must stay inside for their own good and the health of their families.

Here is one senior citizen who audaciously pulled off the plastic covering and completely disregarded Circuit Breaker rules.

He didn’t care that he was being filmed destroying the plastic over the chairs and tables, and was even adamant in arguing with a police officer who was holding onto his wrist.

Another video that went viral was of an old woman who refused the directives from an unseen speaker who was trying to explain that she must wear a mask, and that all of Singapore was engaged in a new set of rules.

She refused to use a mask, and accused the speaker in the video of bullying her. She also said that her son has a lot of masks, but that she refuses to wear one on account of her asthma. This makes her doubly at risk from getting a severe case of COVID-19 and should not be out and about in the first place.

What was most alarming about the conversation with this old woman, was that she said, “If I die, it’s my problem.”

Contrary to what the Merdeka Generation think, their death is not their problem, it’s a problem for their whole family. While it is their choice to go out and risk themselves, the people they live with and those who care for them are robbed of that choice–as they can be exposed to the virus because of the elders’ carelessness and stubbornness.

One commenter said that while hospitals are not full, prison still has room. Perhaps an option is jailing the metal teeth generation?

Others said that it’s the duty of their children and grandchildren to handle these elderly Singaporeans. But can you really stop them, when they don’t even listen to police officers?

Some commenters are blaming law enforcement for not having the courage to handle the senior citizens properly.

While this commenter said that its completely the Merdaka Generation’s fault.

And finally, this one probably had their parent or grandparent use this line on them.

What do you think of the Metal Teeth Generation and how they’re acting during Circuit Breaker? Let us know in the comments! While there are yet to be real-life snakes on a plane, figurative serpents in the form of thieves…
byDanielle Ann

One people, One nation, One Singapore, United in poverty Ever wonder why your salary never seem enough to…
byalvinology 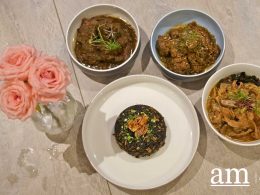 Quality Peranakan restaurants are far and few in Singapore. This is because of the time-consuming preparation process for…
byalvinology 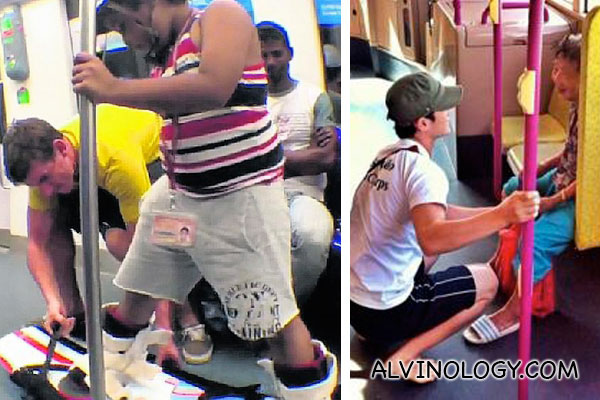