10 reasons everyone is obsessed with Captain Ri

Crash Landing on You has taken the Korean drama world by storm. It even beat Goblin as the highest-rated drama in South Korean TV channel TVN’s history.  It is also the second-highest-rated Korean drama in cable television history after Sky Castle.

This really isn’t surprising, especially for long-time K-Drama lovers. It had a great plot, an interesting storyline, and the chemistry between Hyun Bin (Captain Ri) and Son Ye-jin (Yoon Se-ri) was undeniable. Of course, a lot of the viewers simply couldn’t get enough of Captain Ri – so much so that he is still a hot trending topic on the Internet today. Here’s why.

He will surprise you with gifts.

Captain Ri will surprise you with gifts, like hair products, body products, and even lingerie. Never mind the fact that the lingerie is in the wrong size. It’s the thought that counts, right?

He makes up for his mistakes.

Even if the previous mistake was completely unintentional. Remember when he bought Se-ri a regular candle instead of a scented candle? He totally made up for that. This scene is one of the most memorable one in the series. Who wouldn’t want to see a handsome uniformed man looking for you in a crowd while holding up a scented candle for you?

He will answer all of your calls.

It doesn’t matter if he’s busy at work or if you’re being downright annoying or shallow, he will pick up at that call. He’ll even wait for your call in the hospital after getting shot and after knowing you left the premises with another man.

He will put a label on your relationship.

He will proudly announce that you’re his fiancée if that will get you out of trouble. Never mind the fact that you’re not dating or that you weren’t expecting it or that he did it in front of a bunch of strangers when you had no idea what was going on.

He will always look for you.

Even if you decided to leave of your own accord and actually wanted to get away, for some reason, he will always find you and convince you that you need him in your life.

With a gun or with his bare hands or on a motorcycle, Captain Ri can take care of you and defend you whenever you need him to… and even when you didn’t ask him to.

He looks good in uniform.

I’m sure most guys do. There’s just something about a uniform that makes a man hotter. But he’ll wear that uniform as much as possible, even while simply making you coffee in the morning before going to work.

He can play the piano.

You have to admit that being able to play an instrument is always a bonus, but the piano simply plucks at one’s heartstrings better than, say, the electric guitar or the drums. Don’t you agree?

He can speak different languages.

Korean aside, Captain Ri showed off some German skills in Crash Landing on You. German happens to be my second language, so I can vouch for the fact that he pronounced everything perfectly. He was a tiny bit off on the intonation, but it still scored him bonus points nonetheless.

He will always take care of you.

Captain Ri spoiled Yoon Se-ri senseless, and I’m definitely not complaining. I love how he made sure she was safe and took care of her as best as he could, even in the beginning when he had no clue who she was. He’s just a gentleman like that – and I wish more men were.

Have you watched Crash Landing on You yet? Do you love Captain Ri as much as I do? Which of his traits is your favourite? Fangirl with us in the comments section!

When you’re done with Hogwarts theme parks, here are some properties that inspire the same feelings–without the huge crowds!

It has been 20 magical years since the first book in the Harry Potter series, Harry Potter and…
byStaff Writer 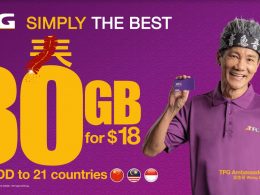 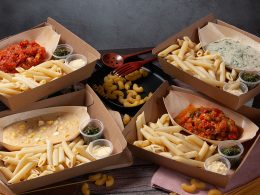 Starbucks celebrates the season of giving with more bags full of holiday cheer! Featuring a lineup of new…
byIrone Kim