The Ms. Universe Best Costume Philippines vs Malaysia controversy is on

In a tweet that explicitly stated who won Best Costume for the Ms. Universe 2019 pageant in Atlanta, Georgia, the official winner is Ms. Philippines, Gazini Ganados. She won in a silver costume paying homage to the Philippine eagle created by Filipino designer Cary Santiago.

According to a report from Rappler, when the winner for best costume had been announced, Ms. Philippines’ photo was shown, and host Steve Harvey had announced that she had won.

The contestant standing next to him to receive the prize, though, was Ms. Malaysia. A deleted tweet has since surfaced, which showed that the same official Twitter account of the pageant said that Ms. Malaysia Shweta Sekhon won the award.

Ms. Malaysia’s gown was made by Malaysian designer Carven Ong, and was inspired by Peranakan tradition, specifically those for brides.

Both Ms. Philippines and Ms. Malaysia did not make it into the final phase of the competition, but the former was able to break into the Top 20 through the wild card selection.

The official pageant Twitter account was careful to say that Steve Harvey had not made a mistake with his announcement, possibly as a way to call attention to how the 2015 Ms. Universe winner had been revealed.

In an historic moment for the pageant, the right winner was announced after the crown had been mistakenly put on Ms. Colombia, who was supposed to be the 1st runner up. The real winner of Ms. Universe 2015, Ms. Philippines Pia Wurtzbach, was then crowned after the tiara was taken off Ms. Colombia’s head in a very awkward moment.

At that time, Steve Harvey took responsibility for the huge faux pas, and asked forgiveness from Ms. Philippines and Ms. Colombia after the show.

What do netizens have to say about the Ms. Universe Best Costume faux pas?

Malaysian Twitter users have rallied around their Ms. Universe bet, and have called out the Ms. Universe Twitter acount for their mistake, showing the receipts.

How unprofessional this organizer is. Doing it again just to trend. What a shame! ONCE is enough. But doing it for the SECOND time? And ON PURPOSE? Care to explain?— Prinjay (@PrinJayme) December 9, 2019

This netizen pointed out why a similar mistake had occurred, and accused the pageant of doing such stunts to gain publicity.

With my respect to @IAmSteveHarvey
I wish @MissUniverse should hold a press conference awarding Miss Philippines Gazini the award she truly deserves. This is unfair. It should be her time to shine that moment. I’m very disappointed!— echo (@iamweirdo000) December 9, 2019

This user requested for a press conference announcing the real winner of the award so that Ms. Philippines’ Gazini Ganados could have her moment to shine, if it were really her costume that won the award.

I think it was really Philippines and second lang si Malaysia. They have to prepare the winner wearing the costume and since nasa top 20 si Gazini, no time to prepare. Kaya ung runner up ang pinakita nila. Just my two cents.— top_edge (@topedge9) December 9, 2019

This commenter said that the runner-up could have been the one featured because Gazini had made it into the top 20 and needed to be changed out of her complicated costume immediately. Ms. Malaysia could have been offered up instead while Gazini was changing.

What do you think of the second time there was a mistake involving a Ms. Philippines in the Ms. Universe pageant? Also, which costume really was better? Let us know in the comments! 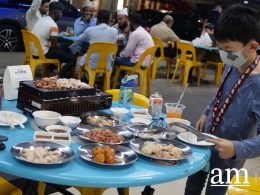