Woman sent $500 to wrong man, then allegedly doxxed him, and said he has ‘no integrity’

A Singaporean woman named Geraldine Phoa complained on her Facebook post about a man with Koh as his surname who allegedly did not return money she had mistakenly transferred to his account. The transfer was allegedly made at 2:00 in the morning on November 23, 2019.

Her Facebook post indicated that she allegedly transferred the amount through PayNow thanks to a notification in a messaging app.

The same screenshot showed that she was asking the man to return the money to her as it was mistakenly sent to him. She did not specify what the money was for.

Another screenshot showed that her husband allegedly contacted the same man, the latter saying that he will check the next day. But no more messages or replies came from the man who received the money the next day.

According to the text messages of Geraldine’s husband, the money was for a friend, and that it was very important to return the money. He also gave the man a deadline of returning the money by 6:00 in the evening of the following day.

Geraldine’s post also said that she has contacted the bank and has launched a police report against the man.

Further comments on the post showed that the husband had come down to the man’s business establishment, and demanded that he be seen by the account owner. He was turned away, and asked only to provide a photo of himself.

Geraldine then posted on Facebook, taking screenshots of the man’s alleged Facebook account, saying that he was not a good person for refusing to speak to them and blocking them.

Singaporean netizens have weighed in on what has happened, and while some of them have expressed sympathy over Geraldine’s mistake, they are not exactly siding with her, especially with how she has conducted herself during the aftermath of her own mistake.

One of Geraldine’s friends seems to have told her to go to the bank and make a report to the police. Policies that banks have on retrieving wrongly-sent money differ from bank to bank, and even country-to-country.

The commenter below explained it from the man’s point of view. She pointed out that scam messages are quite common through text. The timing, the content of the messages, and other details that may not have been revealed could have helped him determine that what Geraldine was saying was true or not. Perhaps with the threat of her husband, it seemed even more of a scam.

She also pointed out that Geraldine’s sharing of information on the man could be seen as the true crime. Instead of getting her money back, she could be facing a court case instead!

Another commenter said that the couple was too demanding when it came to ways that the man could have helped them rectify their mistake.

Since Geraldine tagged the man on her post, he can be seen commenting, and he seems to be pretty chill about the whole thing. He said that he has since returned the money, but that he didn’t like how the couple handled the fiasco that they created.

He has posted on his Facebook account that he is currently looking for a lawyer to handle a libel case for him. He did not reveal any information or details about the couple. 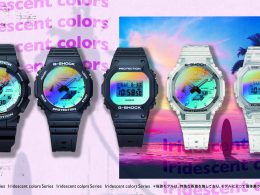 [PROMO] Vietjet upgrades its Skyboss Power Pass – now available for purchase at a flat rate, and 50% off for the first 50 purchases!

From visionary director Tim Burton, and based upon the best-selling novel of the same name, comes an unforgettable…
byalvinology
Power up your child's learning with Geniebook.
Sign up for free demo
This is default text for notification bar
Learn more