Maleficent: Mistress of Evil is the sequel to the 2014 film Maleficent, with Angelina Jolie returning to portray the title role.

The first Maleficent is a spinoff of the classic Fairy Tale of the Sleeping Beauty, telling the backstory about the ‘wicked witch’ who put a sleep curse on the beautiful Princess Aurora. That witch is Maleficent, except she isn’t exactly wicked. The sequel goes even further into the backstory of Maleficent as well as Prince Philip’s parents.

Maleficent: Mistress of Evil picks up several years after Maleficent, in which audiences learned of the events that hardened the heart of Disney’s most notorious villain and drove her to curse a baby Princess Aurora. The film continues to explore the complex relationship between the horned fairy and the soon to be Queen as they form new alliances and face new adversaries in their struggle to protect the moors and the magical creatures that reside within.

The movie is rich in the female empowerment narrative, pretty much on trend with what is happening globally, with the male characters playing as second fiddles to Maleficent, Princess Aurora and Queen Ingrith. Prince Philip is an eye-candy who fawn over the Princess while King John is just a hapless adorable dude who is hen-pecked and too weak to accomplish anything on his own.

The battle between good and evil is between two women – Maleficent and Queen Ingrith, with Princess Aurora stuck between to choose who her loyalty should be with.

The biggest star of the show is clearly Angelina Jolie as Maleficent and I cannot imagine anyone else in this role but her. Her sharp cheekbones are accentuated even more so with computer graphics to give her even sharper features to complete that haunting, villainous look. She looks evil on the outside, but really, is the kindest of hearts inside. Jolie totally nailed the character with her superb acting chops and big onscreen personality.

Michelle Pfeiffer as Queen Ingrith plays the exact opposite of Maleficent. Poised and elegant, she is the epitome of goodness on the outside, but the blackest of hearts on the inside. Pfeiffer plays a mean goody-two-shoes villain and is the perfect contrast to Jolie.

These two veteran actress ruled the screen in the Maleficent sequel. While there is an overarching narrative on the romance of Princess Aurora and Prince Philip, it was too one-dimensional and overly sweet to be impactful.

In fact, I felt the movie should have ended after the battle between Maleficent and Queen Ingrith. The elaborate big wedding where “everyone is invited (quoting Princess Aurora)” was a gigantic sugary love story overkill for me. It’s like being served with a giant vanilla milkshake after downing a dozen donuts with rainbow sprinkles.

Maleficent: Mistress of Evil (2019) is now showing in Singapore cinemas. Watch it to catch Maleficent and Queen Ingrith! The love story on the side… I am not too sure. 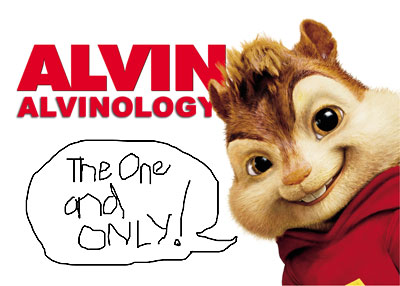 Couldn’t resist photoshopping this Alvin the Chipmunk wallpaper… I am so going to watch this movie! 🙂 Tu……
byalvinology Green tea is good for health. This is a universal truth at the same level as an apple…
byJune Tan

Last week, ASUS Singapore announced the launch of ASUS ZenFone 2, the flagship smartphone that is the newest addition to…
byalvinology