While there is surely no shortage of customers asking inane and even unnecessary questions, you can be sure that the last thing a customer service representative should do is shame them. A customer service worker should be patient, especially when faced with an irate client. Jeremy Khoo, an alleged bank representative who was on a phone call with a customer made the wrong decision when he posted what seemed to be part of the conversation on his Instagram stories, shaming the customer for an admittedly-simple question.

On October 14, Jeremy Khoo, who was once featured for his peach-selling business on the side on 8 Days, posted the following screenshots to his Instagram story.

In the post above, he revealed that he had taken a call from a customer who was asking what time the bank he worked at closed.

Jeremy may have thought people would have sympathy for him, who had to answer such questions and customers as an employee of the bank. But people have condemned the influencer/banker for such a bad job at handling a customer, even if the latter didn’t ask a particularly bright question.

What’s more, he also posted details about his work, which he previously said he wanted to keep out of the public.

Well, we suppose he’d be getting an award for the bank’s best (or worst?) over-sharer of information. He identified the alleged branch and bank that he’s working in, people have started phoning in to the bank and even messaging high-ranking officials, pointing out his behaviour with the customer.

In the scheme of things, though, Jeremy didn’t act that horribly, especially in comparison to these guys.

One netizen even messaged Jeremy Khoo, mocking the way the bank employee treated a customer of the bank. Just imagine how you would feel if someone employed to the institution you entrust your money to treated you like that.

While he didn’t have a video channel or blog, his Instagram account was featured on 8 Days before, thanks to his side hustle of selling peaches using a clever store name and his looks.

If only he knew how to be decent and grateful all the time, especially to his company’s customers, then maybe he wouldn’t have had to take down all his social media accounts.

This social media influencer even posted about her suicide attempt and subsequent hospital stay.

As of publishing, his LinkedIn and Instagram accounts have been hidden.

What’s more, netizens have dug up some photos from his social media accounts that have questionable hashtags.

Sometimes, not everything has to be on social media.

Self-proclaimed customers of the bank and other Singaporeans have made their opinion known in no uncertain terms on online forums. Take a look:

What are netizens saying about him?

This commenter pointed out that while the sentiment of his post may be true or relatable, he shouldn’t relate it to everyone.

This person commented that Jeremy didn’t think about whether the customer was asking if it was the time the bank closed up completely or if 4:30 was their cut-off time for letting customers in the bank to do business.

Another comment pointed out that posting your inner thoughts online could get you in trouble or make you seem incompetent.

And finally, someone may have stumbled upon the reason the post got such a public response, especially if someone really wanted to take Jeremy down.

What do you think of Jeremy Khoo and his post? Let us know in the comments!

Public behaviour and etiquette have always been hot button topics in Singapore, where even the the infamous seat-reserving…
byDanielle Ann 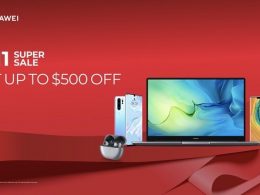 Save up to 50% on your favourite products including smartphones, laptops and more from 1 – 11 November…
byZenn
We are now on Telegram with daily deals and giveaways! Click and join our channel. It's FREE!
See how Snapask has been helping out over 3 million students around the world. Find a perfect plan