The haze certainly did not affected the attendance of this the Formula 1 Singapore Airlines Singapore Grand Prix 2019. Into it’s 12th edition, this year’s event set a new record for the second highest attendance in its 12-year history, overtaking the previous one set last year.

With more than 130 hours of entertainment across 10 stages, innovative hospitality offerings, and exciting gastronomic experiences throughout the Circuit Park, the twelfth edition of the Formula 1 night race drew 268,000 spectators to the Marina Bay Street Circuit over the threeday action-packed weekend.

At the race track, Mercedes and Red Bull arrived in Singapore hopeful of fighting for the spoils, but it was the Prancing Horse that bolted clear of the field to clinch a shock victory. Ferrari’s Sebastian Vettel ended his year-long drought without a win at the Singapore Grand Prix last night, claiming a record fifth triumph here. His Ferrari teammate, Charles Leclerc came in second while Max Verstappen from Red Bull and Lewis Hamilton from Mercedes had to content with third and fourth places respectively.

Off the track, the event’s stellar entertainment line-up over the race weekend included Swedish House Mafia, Muse, Gwen Stefani, Fatboy Slim, Hans Zimmer, as well as Toots and the Maytals, with Red Hot Chili Peppers slated to close the action-packed weekend at the Padang Stage after the chequered flag is waved.

We headed down the race venue as a walking spectator on all three days of the race. Check out our photo highlights below:

Some of the photo highlights of our experience last night on the opening day of the @f1 Singapore Grand Prix night race. Fast cars and world-class entertainment delivered by the likes of international acts like the @swedishhousemafia, the haze did not damper the celebratory mood as party-goers from around the world congregate to join in the festivity. We headed to @ritzcarltonmilleniasingapore for the @podiumlounge after-party to soak in the #crazyrichasians atmosphere and the night goes on. The F1 events continue for today and tomorrow. See you at the race venue! #f1 #f1singapore #singaporegp #thepodiumlounge #swedishhousemafia

After so many years, @gwenstefani still rock the stage as one of the headline acts for this year’s @f1nightrace entertainment lineup. Belting out her signature hits like Don’t Speak, Just A Girl, Holler Back Girl and Hey Baby, she worked the crowd to a high with a mix of high energy dance tunes and soft rock ballads. These were the songs I grew up listening to during my teenage years and it was fun reliving those moments tonight on the second day of the Singapore Grand Prix. One more night to go! #f1 #f1singapore #singaporegp #gwenstefani #formula1 #f1nightrace

Despite the haze, the Formula 1 Singapore Airlines Singapore Grand Prix 2019 set a new record for the second highest attendance in its 12-year history, overtaking the previous one set last year. With more than 130 hours of entertainment across 10 stages, innovative hospitality offerings, and exciting gastronomic experiences throughout the Circuit Park, the twelfth edition of the F1 night race drew 268,000 spectators to the Marina Bay Street Circuit over the three day action-packed weekend. Off the track, the event’s stellar entertainment line-up last night featured Texas, Hans Zimmer and Red Hot Chili Peppers. I headed down the event venue for one last time with my son Asher to let him experience the #f1nightrace for the very first time. Swipe for a preview. See everyone again next year! #f1singapore #singaporegp #formula1 #formula1sport

For me, one of the highlights was to see Gwen Stefani perform live. I grew up listening to her songs during my teenage years and it is surreal to see her perform here in Singapore against the backdrop of the Formula 1 race and the Singapore landscape by night. Additionally, I brought my son Asher to the race venue on the last night for him to experience his first ever Formula 1 night race and it was a fun evening for both of us.

Throughout the three days, we were glad that the haze did not seem to have any effect on the international attendees who arrived in droves from around the world and in high spirit. The event was a successful one for the  organisers and bring about an assortment of lights, sounds and actions to the Singapore roads at night. Who would have envision that the night race would continue on in Singapore for twelve consecutive years after the first edition in 2008?

About the Formula 1 Singapore Grand Prix

Singapore has successfully hosted a decade of night racing and Asia’s only street race on the Formula 1 calendar in the Republic since 2008. The Formula 1 Singapore Grand Prix will continue to enthral crowds with its unique combination of night race action and world-class entertainment till 2021. See the world’s finest drivers go wheel-to-wheel under lights at speeds of up to 320km/h, threading the barriers around Singapore’s picturesque Marina Bay featuring a spectacular backdrop of iconic heritage buildings, modern architecture and a stunning skyline. 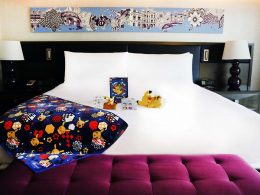 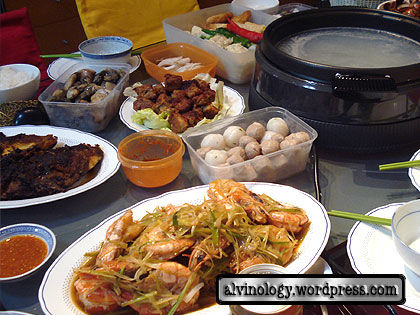 We had steamboat last Thursday on 元宵节; same as for our Chinese New Year reunion dinner. My mom…
byalvinology