Melissa Faith Yeo Lay Hong, 33 years old, got her first taste of show business when she was part of the first season of Deal or No Deal years ago, but she’s been up to see a judge about violating laws that protet government workers from verbal abuse. We doubt there would be a deal, this time.

According to her own website, Melissa Faith Yeo was a model who turned into an actress for TV and other mediums over the course of her career. After her stint on the first season of Deal or No Deal, she went on to work on various modeling gigs around the world.

She left Singapore for a while to go to New York City in 2010 to train at The Lee Strasberg Theatre and Film Institute. She has appeared in HBO’s Serangoon Road. She has starred in various local productions with Mediacorp and even in some plays abroad and locally.

Alvinology previously reported that Melissa Faith Yeo had an encounter with Eden Ang. The latter has been accused of multiple instances of sexual harassment and perverted acts, some with minors.

Read about how Melissa Faith Yeo rejected Eden Ang, and told everyone he was too forward with her.

In a now-defunct Facebook post, Melissa related how she was propositioned by Eden Ang in a flippant manner through text. She alleged that Eden Ang’s public image of worshiping God devoutly with Biblical quotes and Christian values is not his real self. She alleged that he was actually quite rude and did not respect women at all.

Screenshots of their conversations showed that Eden asked Melissa to meet with him several times, even ordering her to see him while using a derogatory term against a female.

Lately, though, it’s Melissa who is in trouble, as she has been charged four counts of with insulting a public servant or public service worker under the Protection from Harassment Act.

According to a report by Asia One, Melissa allegedly used vulgar language against an SMRT employee, a policewoman and a police emergency hotline operator on different occasions.

The report said that, “she allegedly made an obscene hand gesture and used vulgarities on assistant station manager Victor Chuang Shi Chang on Nov 21 last year.” This happened in Bishan MRT station at about 9.30pm.

Another instance of Melissa violating the law was when she allegedly used a curse word against  investigation officer Isabella Lee while at the Ang Mo Kio Police Division. Another one of the charges also referred to an incident in the Ang Mo Kio police station, where she made a profane remark while speaking to emergency hotline police operator Domnic Sankar Dass at about 6.30pm.

She is currently out of jail as she has posted bail set at $5000.

Melissa could be fined $5000 for each charge leveled against her, and could spend up to a year in prison. Her Instagram account and Facebook page has been turned to private. 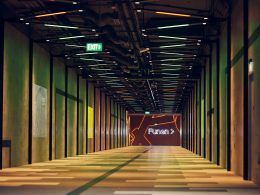 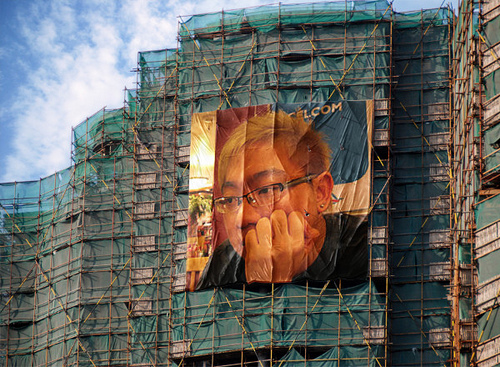 Something fun via Ah Shui’s blog. Check out this website called Photofunia – it allows you to generate…
byalvinology

Did you visit the IT Show at Suntec City this weekend? I didn’t go myself, but I bet…
byalvinology