Another day, another instance of peeping in a Singapore shower room–and this time it’s at a swimming complex with a man as a victim.

It was a rainy Saturday and I was at [email protected] ActiveSG Swimming Complex around 3:15 in the afternoon.

I went to the male washroom to change into my swimming gear. While I was in the washroom, I saw a man from a bench away. The man, who is Chinese, has a skin complexion that looks sickly. He was only wearing a singlet with nothing covering his private parts except a towel. The towel which he removed to expose himself time to time while walking around in a male washroom filled with people ranging from kids to adults.

Nothing happened for some time. Fast forward to me going back into the washroom for a shower after my swim. The same man was there still doing what he was doing before. I took cubicle 13. At that point in time, cubicle 12 and 14 which I was in between of was empty.

While rinsing off shampoo from my hair, I caught a hand holding onto a phone angling with the rear camera facing me underneath the gap of the plastic wall separating cubicle 12 and 13. The hand immediately retracted once it was within my vision. This shocked me, so I took a step to the right to see further in between the gap to find that a towel was on the floor of cubicle 12. Looking back, I think he was laying on the floor filming me while I was showering while looking at the phone screen so he knew exactly when to remove his phone. That towel was on a floor for a long time before he picked it up.

After this encounter with the phone, I was doubting what I saw but was being extra cautious about what happened since it may happen again. It happened again while i was rinsing off my body wash so I knew something was up.

Got out of my cubicle, butt-ass naked slamming on his door, yelling for the man to get out while calling for my friend to help me. To which I only received dead silence from cubicle 12 for a long time, so I took a slipper from his cubicle gap, so even if he ran out the CCTV will show that a man walking oddly. Thinking about it after, I sensed that he knew shit was up so he went to clear off whatever he was doing.

After a long time, he came out revealing to be the same man from before with a long scar from the middle of his chest claiming that he just had heart surgery and denied whatever I said about him filming me. He very willingly offered to me his phone to show that there was nothing on his phone, which I didn’t bother with and asked my friend to dial for the police.

Fast forward to the part where the lifeguard usher me to their office to wait for the police while the man was held in a room elsewhere. The police took notes from me, their investigating officer came. In the end, i got a card with some information as they have deemed this case worth pursuing. What happened with the Singaporean peeping tom in the male showers?

According to the post above, the victim had noticed a Chinese man walking around the shower areas in the swimming complex, wearing a singlet and a towel around his hips He did not pay that much attention at first, but remembered the man nonetheless because the behavior seemed odd.

When the victim came back to change his clothes after his swim, he stepped into cubicle 13, which was between two empty cubicles 12 and 14. While he was showering, he looked and saw a mobile phone with the back camera facing towards him, and assumed he was being filmed. The phone disappeared and he was on guard.

He finished his shower and went to confront the person in the next cubicle, knocking loudly on the door, but received no answer. Then he took a slipper from underneath the cubicle to gain the person’s attention. From there, he waited and eventually a man stepped out, who was the same man he saw before his swim.

The man showed a scar on his chest he claimed was from heart surgery and denied the accusations of peeping. He offered his phone to the victim to peruse. The victim declined and asked for help.

He ended his account with his friend calling the police and him giving a statement to the lifeguards. He received a card and said that the authorities think his case is worth investigating.

Is peeping and voyeurism so rampant in Singapore?

BEfore this account was posted online, the highly-publicized case of Monica Baey and Nicholas Lim rocked the National university of Singapore campus, which gave rise to stricter laws and policies on handling peeping cases.

Still, this didn’t stop peeping toms from continuing their activities, as more cases in the university pops us a few weeks later. 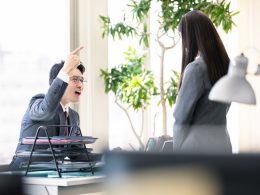 Recently, Alvinology reported on the viral Facebook post of a group of ex-employees of a certain Singaporean business…
byDanielle Ann 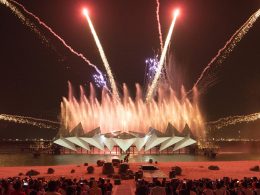