With the recent visibility of Katelin Teo’s Anti-Chope Movement, the practice of chope-ing or reserving a table with innocuous and cheap items such as water bottles and tissues has come under intense scrutiny. Everyone who’s eaten at a hawker centre alone has an opinion on this quirk of Singaporean culture, either as a victim or a practicioner, or simply someone who wants to watch the world burn over a water bottle or a tissue.

Read about the woman handing out notes against people who chope in hawker centres.

But did you know that chope-ing happens in other countries? Here are five countries and their cultural nuances on “chope-ing,” even if that term isn’t singularly known to them there.

Off the bat, chope-ing is very unlikely to happen and very rude in Hong Kong. Where space is at an even higher premium than Singapore, people assume that an empty seat is available and everyone is obliged to share. Such a fast-paced, vibrant, and tiny city has no patience for people who can linger over meals, and the only way you’re really assured of a full table is if you eat somewhere expensive.

This means that small food shops and restaurants expect you to share your table if there is space and leave when you’re done eating. Lingering may actually get you in trouble especially if someone is waiting to find a seat.

Chope-ing does happen in the Philippines, but it is both riskier and safer than in Singapore. Depending on the location, people can leave their things to reserve tables, but something as innocuous as a water bottle or a tissue won’t cut it. In a coffee shop, you’d expect students to leave books or their whole bag to reserve a table. In some branches, they even leave the table littered with their study materials and claim it for the whole day.

But in food courts, you can bet that leaving anything valuable will get stolen, so it’s really a matter of leaving something that isn’t that valuable if stolen, and can clearly say that someone is going to return to the table.

In this European country, chope-ing can be seen on their beaches, resorts, and vacation spots. While this isn’t a problem in restaurants that much thanks to the space available in the European country, lounge chairs are a scarce commodity in any hotel.

The German students in this article mentioned that chope-ing, though, is done early in the day as people would occupy the lounge chairs in a resort before anyone else could.

In San Francisco, in particular, chope-ing was outlawed, and a fine was set for people who occupied more than one seat on the Bay Area Rapid Transit or BART train. This means you can’t even put your bag down next to you, and you’d be fined $100 for your first offense.

In a particular Ikea brand in Shanghai, that had a wide space for free seating, the problem of single old men and women seeking to connect became overwhelmingly a detriment to the store. Just imagine a whole space filled with old aunties and uncles just discussing things without even shopping in the store and grabbing a free cup of coffee.

Eventually, the store put up a police that if you don’t pay for anything from the store, you’re not allowed to stay.

What do you think of chope-ing? Do you think it’s a bad or a good part of Singaporean culture? Let us know in the comments! 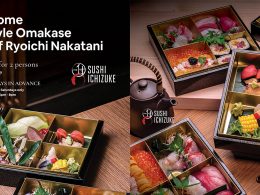 [PROMO] Enjoy 1-for-1 deals on Zouk Canned Cocktails, Bottled Cocktails, and Zouk merchandise on ZoukSHOP from now until 13 June 2021!

With in-house dining out, for the time being, Zouk is bringing the party back to the comfort of…
byIrone Kim