Feanne, an independent Philippine fashion brand run by designer Feanne Hontiveros-Mauricio, has accused British fashion brand RIXO of stealing her drawings to use on their printed dresses.

The dresses have been selling on NET-A-PORTER since 2016, at prices that go as high as $260. RIXO has been hailed as one of fashion’s most in-demand affordable brands by Harper’s Bazaar in 2018.

The specific drawings are for sale for just US $17 under a standard license.

According to Feanne, the drawings RIXO allegedly stole came from her 2014 original drawings called Star, Moon, Cloud, Sky Drawings. Anyone can purchase her drawings at Creative Market, where it’s been up since that year. In the photo below, you can see Feanne’s drawings on the left and the printed dress from RIXO on the right, which they called “Moonlit Sky.”

The visual objects in question show similarity, notably the moon, cloud, and other stars.

Similar drawings could be seen in other dresses, which have been sold on RIXO’s website, stores, and other partners since 2016. In the photo below, the clouds and stars are again used, by now have added color.

According to RIXO, the prints they used on their fabrics were painstakingly hand-drawn by the founders, namely Henrietta Rix and Orlagh McCloskey.

Here is an even closer shot of the two designs, which RIXO has said to be too dissimilar to even warrant notice. On the left side is Feanne’s original drawings from her work in 2014, while the right side features a closeup of the fabric printed with what RIXO says is a hand drawn design as well, on one of the items previously sold on NET-A-PORTER.

They mentioned in their Instagram accounts that they had done the drawings themselves.

The post said that the products in question were exclusively available on immensely popular luxury fashion destination NET-A-PORTER, but have since been taken down after Feanne notified the website that the prints are in question.

As of publishing, RIXO has disabled comments on all their Facebook posts, where other users have commented on the alleged art theft. NET-A-PORTER is awaiting resolution of the case before they make further action. RIXO has also taken down the Instagram posts showing the

Other media outlets have reached out to RIXO for comments and their side of this story, but most of them have found themselves ignored and blocked by the UK fashion brand.

According to reports, RIXO has mentioned that she was only using the issue to generate publicity for her brand, which operates mostly in the Philippines, even if some of her products are produced in Britain.

In an interview with Feanne, she said, “I’m just glad that NET-A-PORTER emphasized their commitment to taking intellectual property seriously.”

“And I feel lucky to have a lot of people supporting me. Without them, I don’t think Diet Prada would have noticed, and without Diet Prada tagging NET-A-PORTER, maybe NET-A-PORTER wouldn’t have noticed my email either.” she added.

Alvinology has reached out to RIXO for comment. This report will be updated. 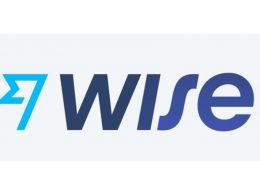 The 5th Huawei Asia-Pacific Innovation Day was held in Chengdu on 3 September 2019. At the event, Huawei…
byIrone Kim 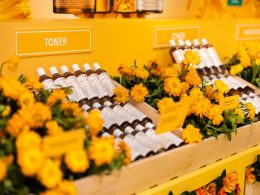 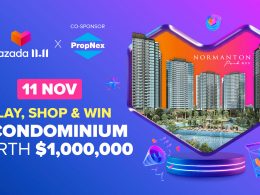 Lazada is pulling out all the stops by hosting Singapore’s biggest 11.11 giveaway yet – a one-bedroom condominium…
byIrone Kim