What did the HDB say about this flat that’s full of mold and water stains?

Another day, another HDB flat from hell. This time, it’s water damage and while the roof or structure isn’t in any danger of falling on someone, the problem is coming from somewhere wetter.

What about this coffin-style HDB flat rented out for as low as $16!

A Singaporean Facebook user named Newme Joyce posted this set of photos on March 30, along with a caption stating that she’s had the unit for less than a month and hasn’t even started modifying the flat to her taste, and yet the bottom walls are showing some disturbing signs of damage. Take a look:

Here are the photos in case you wanted a closer look:

The first photo shows a darker stain on the bottom part of the wall that runs along a whole side of the flat. No water is seeping from under the cornice, though. 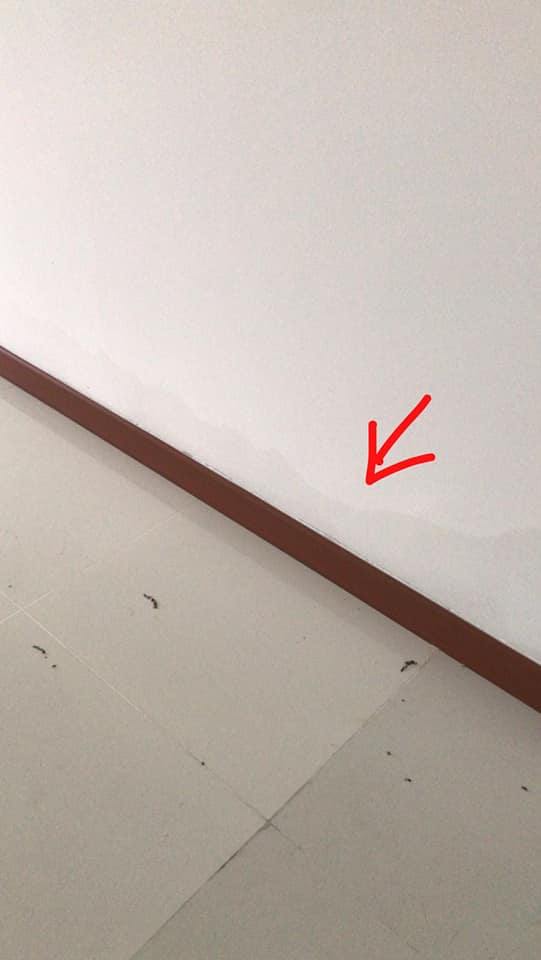 The stain is quite extensive, and runs along the wall, with some places worse than others. This, however, isn’t what’s most concerning, at the moment. 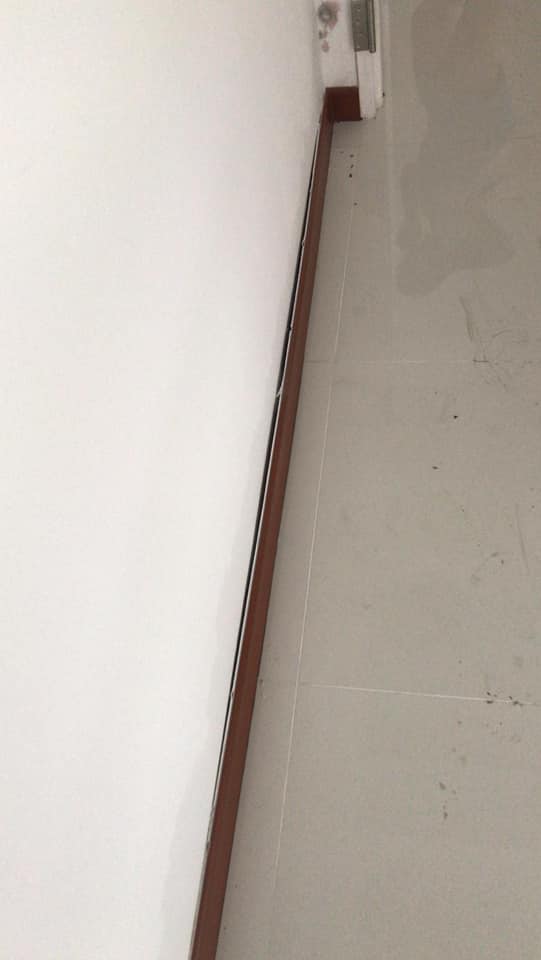 It’s this! While the black, brown, and purplish pink spots on the walls are possibly a design, presence of water and moisture with the other walls could point to mold, and that the situation is so dire that the mold has grown uncontrollably. 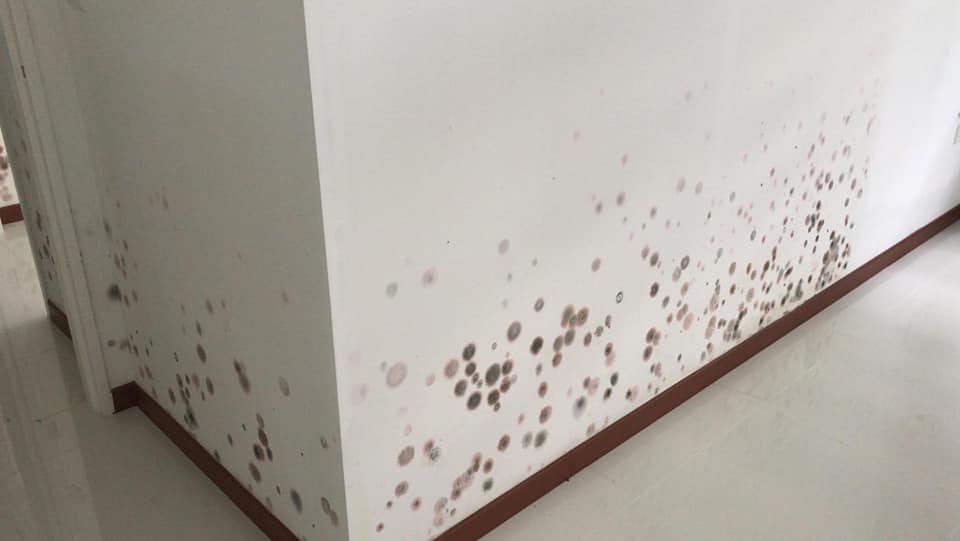 The mold could be as extensive as the stain. Here are more photos showing the mold creeping all over the sides of the flat, reaching almost the middle of the wall. 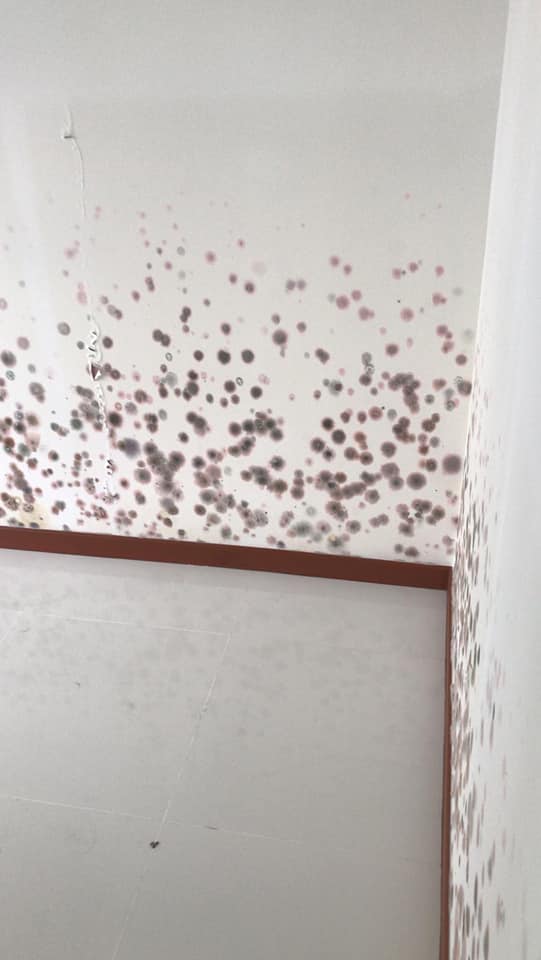 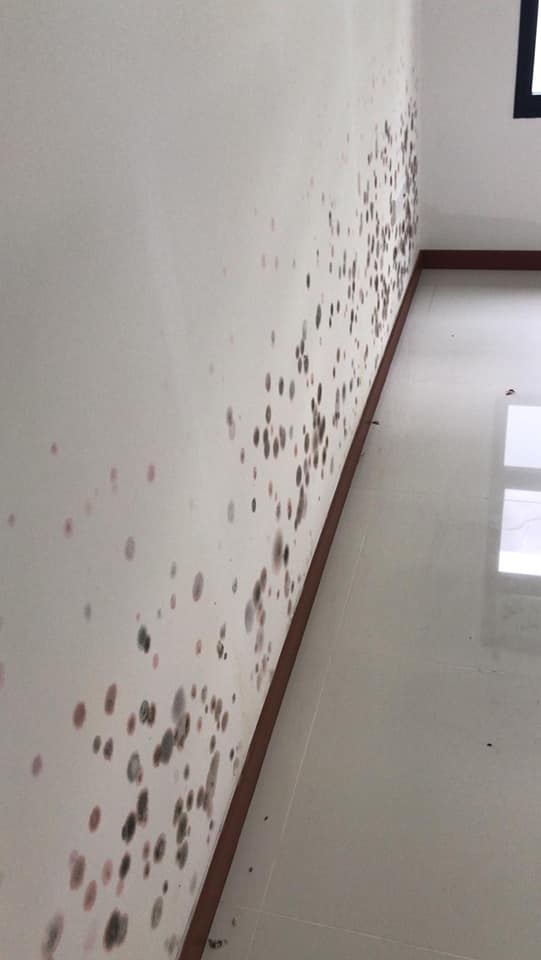 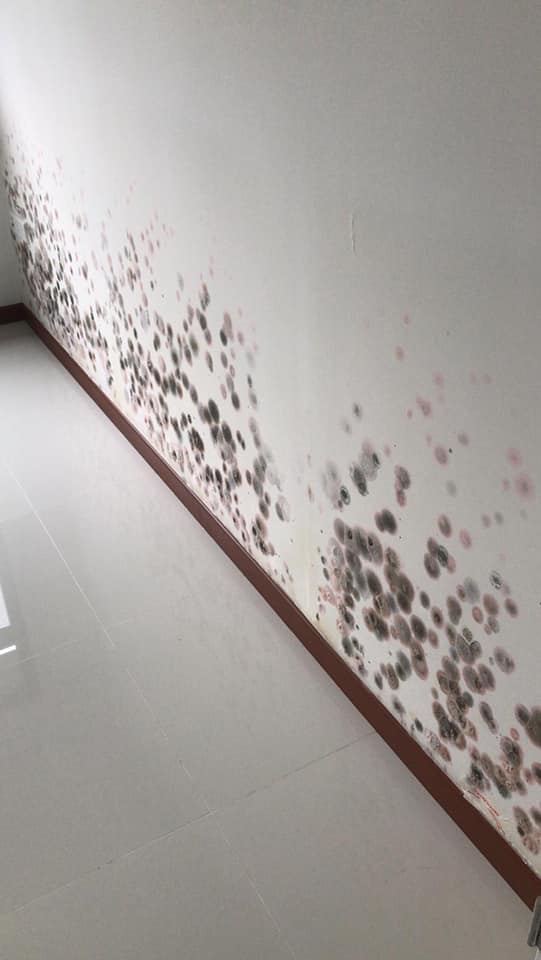 This could be a load-bearing wall, since there’s a distinct line where the mold has not permeated. Or is that a pipe? 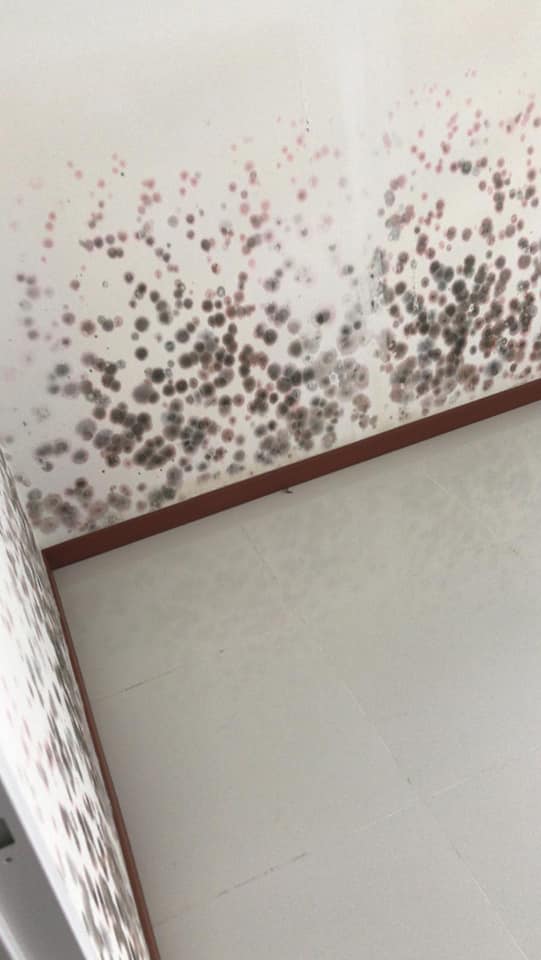 The Facebook user called on the HDB to help her, as this is quite an unacceptable flat. The proper authorities have responded in the comments, saying the following:

HDB received feedback from the resident over the weekend. Our investigation of the flat this morning indicated that the mould was likely caused by the wall coming into excessive contact with water during the washing of the flat. If the windows are kept closed before the floor and wall can dry properly, the damp condition could promote the growth of mould.

We will be meeting the resident to discuss how best to remove the mould from the walls. If necessary, we will arrange for the building contractor to replace the affected dry walls on a goodwill basis.

We have not received similar feedback from other residents in the precinct. To keep the walls in good condition, residents are advised not to wash dry walls with excessive water, and to use a damp cloth to remove any dirt and stains instead. For good ventilation, they should keep their windows open after washing the floors.

That must have been one hell of a house cleaning, that the water stayed long enough to cause mold on some parts of the house, while the other parts just got stains, right?

Commenters on the post, though, say that the water and moisture are from leaks in the pipes, and that the pre-fabricated panels allegedly used in HDB flats have been damaged. Some even say that the whole building has to be redone when faced with this kind of damage.

We hope you don’t have to face anything like this in your flat. Calling all spice lovers! Choose from 7-Eleven’s new ready-to-eat spicy menu for a quick and yummy meal. The…
byKara Kara