Watain meets fans in Singapore, goes for kopitiam, claps back at “honorless rats” responsible for the ban

In a series of events that surprised no one in Singapore, the heavy metal band Watain had been banned from performing thanks to a petition started on Change.org to cancel the concert. Another band, Soilwork, has been added to the petition, with the blanket term of “Satanic music groups” labeling these two bands used on the petition.

The ban was enacted on the same day that they were supposed to perform.

With more than 17,000 signatures on the petition, the Ministry of Home Affairs then canceled the Watain concert that was supposed to happen on March 7.

The show was scheduled to take place at EBX Live Space. The IDMA had originally set guidelines for the event that restricted entry to concertgoers below the age of 18. It was supposed to be the band’s first performance in Singapore.

Who started the petition?

On the petition page, a woman named Rachel Chan started the petition that had garnered steam as the concert date neared. According to the petition, “These heavy metal bands do not represent the culture which we want in our youths. Their subliminal messages in their songs include death and suicide.”

Rachel is a Singaporean mother of two.

The government granted her request and declared the ban, saying that, “Over the last few days, there were a lot of concerns expressed and if you look at the band they do have a history, very offensive towards Christians, Jews, supportive of violence including… the burning of churches,” he told The Straits Times today. “They have even said they encourage any terrorist act committed in the name of the band and various other statements which are quite offensive.”

The band didn’t let March 7 go by without seeing their fans, though, whom they said came from other nearby countries just to see them. Here’s their statement on their Facebook page:

The band said, “To the honorless rats behind the ban, rest assured that you and your cowardly act have only stirred the cauldrons of your own misfortune. If these men and women didn’t already feel mistrust and contempt towards ”authorities”, they sure do now. The flames of discontent have once again been kindled, may they scorch your heavens…”

The post may imply that banning Watain from performing may incense their fans enough to be more dissatisfied with authorities, and they may have even gained a wider audience and notoriety since they’ve received more media coverage and renown than if they had been left to perform as scheduled.

The band members still met with their fans, and also had some kopitiam, which is a far cry from the “satanic” actions certain people and government agencies said they would enact and embody to the detriment of Singaporean youth.

The caption said, “Yeah and they enjoyed our local food.. With group of buddies. No killing or drinking of blood! Many metal heads are well respectable and kind in nature… I would say 100% that I have encountered are humble and show respect to each and everyone.” 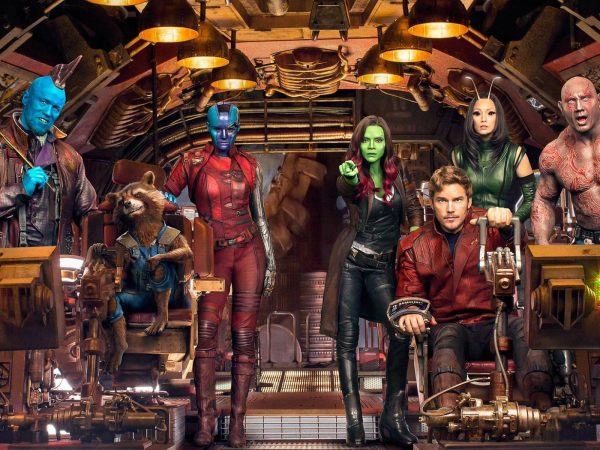 James Gunn, the Director of Marvel Cinematic Universe’s ‘Guardians of the Galaxy’ movies has confirmed that the upcoming…
byAngeline Rodriguez

Is this $620 office table the Desk to Rule Them All? Omnidesk thinks so