A Filipina found herself a viral sensation and media subject after she had taken a trip to withdraw money from an automated teller machine at Somerset MRT Station in Singapore.

The woman, Ashley Garcia, proclaims that she is a freelance model and that she did not see anything wrong with her outfit. She resides in Bonifacio Global City, Philippines.

In the photos below, you can see that she was wearing a loose, pink tank top and no bra, evidenced by the skin showing on the armhole. It also looked like she wasn’t wearing any pants or any sort of bottom to her outfit, but she said that she was wearing some very short shorts underneath and nipple covers. 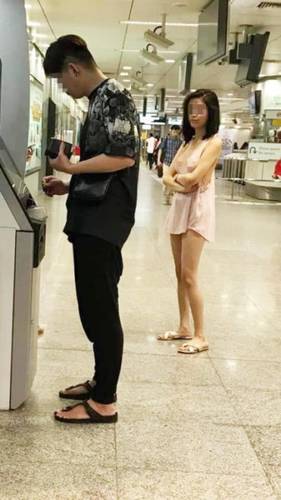 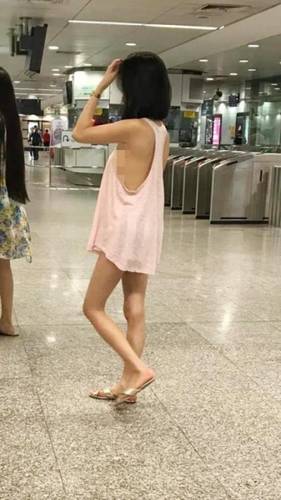 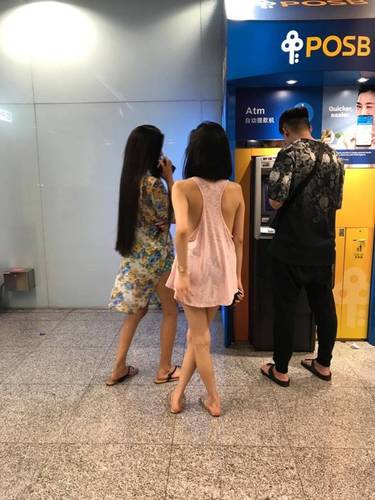 Ashley Garcia speaks up about her outfit

In her post, she said, “Yes, this was me waiting in the ATM queue. I was not aware that somebody took a photo of me (I don’t personally know his purpose).

I apologize if I offended any culture on this outfit, but, please understand that I do not have any obscene or malicious intention by wearing it. I am sorry if you think that this was an “indecent exposure” but, it was not my intention. To those people who are already hitting me below the belt and criticizing me of something, I respect you.

You are already telling things which are too personal that is already outside of what you see in the picture. I was already cyber shamed, bullied and threatened by several people because of this.

PS. I was wearing shorts and tape during that time. Peace, mwah!”

What Singaporean netizens are saying

Here are some comments of Singaporean netizens on Ashley and her revealing outfit for the ATM queue.

Some want to know what kind of model Ashley is as they may have trouble figuring it out from her lack of portfolio on her page and her photos.

Some commenters think she could be transgender. Why they would think this is a mystery.

Other commenters were quick to point out that she may have undergone plastic surgery. There may be some truth to these comments because she did post a story on her Instagram that she goes to an aesthetic clinic. But that post was only about getting a drip session, which only involves having an IV line filled with beauty products dripped directly into her bloodstream.

More astute commenters said that she dressed like that so she could gain fame and popularity. Only the future will tell if this is true, and even then would we even know?

If she is indeed a freelance model, then she does not have an agent to help her get gigs. Whatever her reason is, she has the right to dress as such.

Another commenter put on his tinfoil hat and suggested that she may have done everything herself, or that someone close to her had started the viral post.

While others said that we should just leave her to how she dresses and that it is entirely her own business.

While this commenter had something to say to people who called her “indecent.”

What do you think of Ashley Garcia? Let us know in the comments! McDonald’s Singapore is putting a twist on the timeless rendang, launching their version of the “Rendang Burger” to…
byalvinology