Do you have a baby you carry all the time? It must be a wonderful experience, especially for new parents. If you don’t want your cuddle time with baby to take a sinister spin, though, we suggest you stop scrolling and click something else.

But if you’re curious enough to see what could be so sinister about the photo, keep scrolling.

The photo may just look like any mother carrying her child while asking someone to take a photo of her. But if you look closely at her shadow, it does seem a little odd, doesn’t it? Is the light almost overhead?

Here’s the next photo that kept us up all night. Check out the shadow’s arm, which should technically not be there, since the woman in the photo is carrying her baby with both hands!

According to the woman who posted the photos, she was terrified when she saw them and immediately began to pray.

True horror, I think, comes from mundane realities coloured by hints of unnaturalness. Since mundane habits, things, and other instances happen to anyone and everyone every single day, any form of horror connected to this lets you feel that the supernatural or the sinister can happen to you.

So how often do you hold a baby?

What do you think of these photos?

Do you think there’s a logical explanation for the odd shape in the first photo and the arm in the second? Let us know in the comments! 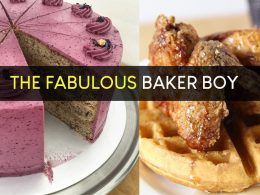