Watch a live broadcast of creepy dolls—if you can

Japan has a unique way in welcoming the New Year. One might climb the steps of Mt. Fuji to catch the first sunrise of the year, or just stay at home and eat a chewy rice cake.

If you’re not into hiking or getting fat, there’s another way to celebrate New Year’s Eve without spending too much or exerting extra effort. All you need to do is sit for 132 hours staring at creepy dolls.

Japan’s long-running video hosting site Niconico Douga will once again get your hair standing these first days of the year. This 2019, they have gathered all kinds of creepy dolls, with each their own supernatural ability, and will put a stationary camera on each one for 132 spine-curling hours to see if they bleed out and other kinds of paranormal activities.

The 2019 Niconico Douga live streaming is titled Noroi No Ningyo wo 132-Jikan Nagameru Hoso (Gazing at Cursed Dolls for 132 Hours Broadcast) and will run from January 1 to 6.

If you’re wondering what dolls will star this 2019, here are some of them:

Miyuki is a standard baby doll which is believed to change facial expressions occasionally. Koshi (Confuscius) is also an ichimatsu doll that was originally found inside Kiku Hime’s own toso. Yes, the two are related. The doll was first named “Confuscius” because the found head was stuffed with papers with his writings on them. The Kubi Seven (made up of Mariko, Shinji, Suzu, Kiko, Sashiko, Oginome, and Taniko) is a crew of discarded mannequin heads. They are believed to bestow random things from their noses whenever they like. Charmy is said to have the ability to make lights flicker and cause electrical malfunctions wherever she goes. With a charm, of course. Niconico also shared that more dolls will be making an appearance during the event. Paranormal activities are also expected during the marathon staring contest. Just the right way to start the New Year.

First Half: 1 January starting at noon until 3 January (watch here)

Second Half: Begins at Midnight between 3 and 4 January and runs until 6 January (watch here)

May the dolls give you something to remember for the rest of the year. Have fun! With the country’s 53rd birthday just around the corner, Starbucks has launched a Singapore-inspired menu, starring the homecoming…
byDanielle Ann 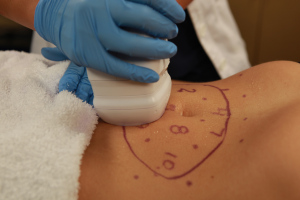 (Picture courtesy of tjonesglam13.blogspot.com) Hourglass figure… Just how do you achieve that? Incidentally, it’s the season for merry feasting…
byDaniel Chang
Hello. Add your message here.
See how Snapask has been helping out over 3 million students around the world. Find a perfect plan