In a recent tweet, a Twitter user, “C” (named redacted) has come forward as the girl who spoke to Xiaxue and Dee Kosh on the SG Instababes Patreon saga. Xiaxue had retweeted her post.

We previously reported that the SG Instababe membership programme formerly offered on artist platform Patreon had been taken down following backlash from Singaporean netizens. The founder and alleged ex-manager, Lai Wee Kiat, has since taken down the page, and has said that he will no longer manage the “content creation” group.

She also shared more screenshots showing Wee Kiat asking her what she is willing to do with her photos and online presence. He asked her if she was willing to chat with random guys. He also asked if she was willing to include an overnight stay with a guy as part of a job. He likened it to staying at home and watching a movie. He even asked her if she wanted to come to a club, but she was 15 years old at the time. Lai Wee Kiat is definitely not 15 years old. She said that his plan since 2016 was to offer people exposure to his set of underage girls for a fee, and that he is a pedophile through and through, period.

Read about how SG Instababes faced so much backlash on different sides that the founder has gone off social media.

In our previous report, the screenshots Dee Kosh and Xiaxue shared showed Lai Wee Kiat cajoling the person in the chat to participate in a photo shoot.

In the screenshots, the SgInstababes founder clearly stated that the person he was talking to was only 15 years old, and that she had no previous personal relationships.

He was coaxing her to do a bikini photo shoot, which included him using statements to motivate her, praising her body and calling her “innocent.”

C then refused but he started expressing disappointment and chatting negative statements to her instead.

Read about the whole conversation here, and see the screenshots featured by Xiaxue and Dee Kosh.

When Xiaxue and Dee Kosh confronted Wee Kiat, he said that there was nothing wrong with the campaign or him talking simply to younger girls.

They asked him to answer allegations through a phone call but he refused, saying that his phone’s front camera was not functional. He also asked Xiaxue and Dee Kosh, who have huge online followings, to like and follow his page.

He eventually took down the SG Instababes online presence on Patreon and Instagram, but he kept the Facebook account up. He further said that the content creation group would be lying low for the meantime, and mentioned a separate account that will handle events in its stead.

In a report by Rice Media, he also said that he feels “very maligned” over the Patreon campaign, which he said was only for people to get to know the girls’ sense of humour and personalities. He completely denies ever thinking of objectifying the girls.

Still, some support Wee Kiat, and even called C out on how she was adding to the mob of people who hate him.

No matter Wee Kiat’s intentions, speaking as such to underage girls (who are not old enough to understand the implications of their actions and are minors) is reprehensible, no matter what you say.

Sit down, Wee Kiat, it’s not going to be over for a long time yet. 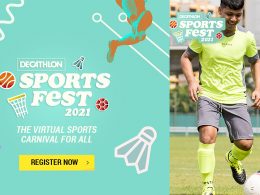 According to the dentists in Tampa, coffee stains on teeth occur when Tannins (an organic substance found in…
byCarissa Wong
Power up your child's learning with Geniebook.
Sign up for free demo
This is default text for notification bar
Learn more