Turkish designer and Central Saint Martins prodigy Bora Aksu has chosen to set up his first standalone store in Singapore’s Marina Bay Sands. Lauded for its elegant, sophistication, modern femininity and rivetingly romantic demi-couture pieces, Bora Aksu is a British fashion brand which has been stocked in Selfridges, Wolf & Badger, and Liberty & Co. in London and around the world.

Demi-couture is half-couture, which means that it features custom-made high sewing but is classified as ready-to-wear, and not over-the-top like haute couture. The emphasis on Bora Aksu’s collection is on the tailoring and the fit of the pieces.

In conjunction with the opening of the 2,000 square feet boutique at #B2-107 in Marina Bay Sands on 19 July 2018, Mr Bora shared over an e-mail interview that he chose Singapore for his first store location because it was the gateway to Southeast Asia.

“Our pieces offer customers in Singapore ready-to-wear garments encompassing elaborate, exquisite compositions and luxurious tulle fabrics that represent Bora Aksu’s signature looks. Beyond an impressive roster of elegant tailored looks, Bora Aksu’s pieces are known to emote charm, intrigue and seduction which I believe will be well suited to the crowd here in Singapore,” he said. Mr Bora shared that every Bora Aksu collection and piece is unique, fabricated with a similar level of care and attention as couture. Hand-stitching is time-consuming, but each piece is hand-sewn so as to achieve looks that they would never be able to with machines. Invited guests at Bora Aksu’s official store opening were able to check out his signature pieces neatly arranged within a minimalist and yet sophisticated interior. The brand vision, which is “romantic but always with a darker twist”, underpin his whimsical creations of ruffles, boyish silhouettes & valiant dresses and feminine light pastels enveloped in silk tulles and pleated organzas were played off beautifully by the brand’s minimalist and yet sophisticated interior. The elegant marble flooring and glistening gold borders played up Bora Aksu’s murals, echoing the dreamy, delicate and graceful vision of the Bora Aksu girl.

At the opening, Bora Aksu also held a special and exclusive fashion preview of the Bora Aksu AW18 collection, coming in August 2018.

The Bora Aksu AW18 collection was inspired by the extraordinary tale of Margaret Ann Bulkley, a young woman who went against the grain of Georgian society to become one of the most respected surgeons of her time. She championed the cause of proper medical care for the lower classes and rose to a position no woman before her had been allowed to occupy, only through disguising herself as a man. Margaret was known as James Berry for almost her entire life, and the truth only became known to the public and military colleagues after her death.

The metamorphosis behind Margaret’s journey from a young girl to a man provided the creative backbone to Bora Aksu’s AW18 collection, by contrasting opulence with simplicity to introduce a unique blend of romance and androgyny. The contrast can be seen in the mix of hard and soft textures and layered gowns alongside traditional tailoring.

The Bora Aksu’s AW18 collection highlights that romance can exist within the bold, and the very notion that a romantic garment need not be a delicate one. The traditional nuances of each gender are visible within embroidered and printed dresses combined with voluminous and rich silhouettes, simultaneously depicting Margaret’s manipulation of her natural form.

Curating the ultimate outerwear for the Autumn/Winter season, Crafted Folk deconstructs gender norms to celebrate and explore femininity beyond the confines of societal expectations and stereotypes, delving into what it means to be a woman in today’s world. Crafted Folk comprises of long-tailored cocoon coats and cropped jackets in cosy and warm fabrics, thick ethnic embroidery and a classic, oversized style. The Bora Aksu doll wears miniature pieces of actual designs from some of the collections. Photo Credit: Derrick See

The Bora Aksu store in Singapore carries other accessories including Bora Aksu’s hosiery line and handbag collection. There is also the Bora Aksu doll wearing miniature pieces of actual designs from some of the collections, retailing at $600 each. Pieces from the Bora Aksu AW18 collection retail at prices ranging from $500 to $2,000. 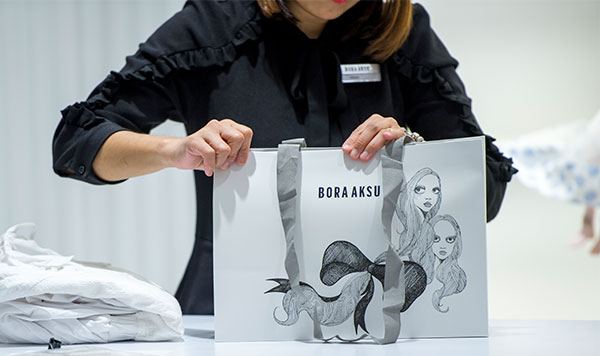 The illustration of the Bora Aksu girl on their paper bag. Photo Credit: Derrick See 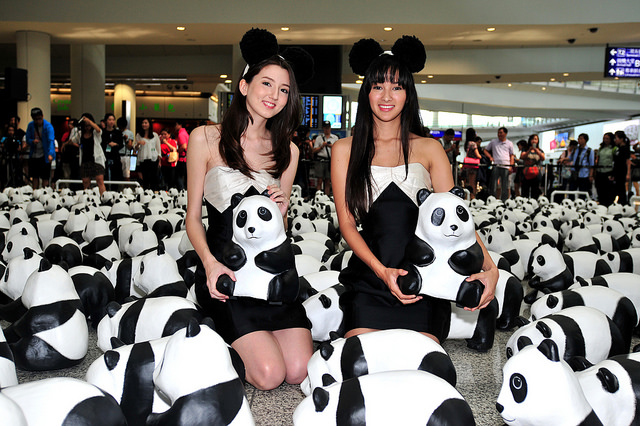 Here’s something for panda fans to go ga-ga over and fly to Hong Kong – 1600 Pandas, along with…
byalvinology 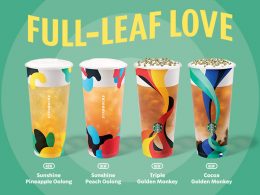 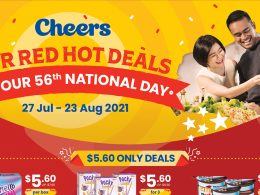