Yesterday morning on our way to school, my sharp-eyed son spotted a bus stop advertisement featuring a McDonald’s D24 Durian McFlurry in all its yellow and white creamy glory.

It brought to mind an SGAG post shared in August last year, of the very same dessert being launched in Malaysia. It made the Singaporean durian-loving community green with envy because our special local flavour was chendol instead. It does appear that McDonald’s Singapore and McDonald’s Malaysia will try to push out a local flavour soft serve in the weeks preceding our nations’ National Day, by way of celebration.

So when I saw that the D24 Durian McFlurry (with real durian puree) was finally available in Singapore, we had to get our hands on it. Although the McDonald’s website says that it would only be available from July 5, we managed to get it at the Bishan Junction 8 dessert kiosk one day early.

We weren’t the only ones who couldn’t wait to try it. Almost everyone else in the queue was waiting with $4 in hand to order the special McFlurry, including three boys from Catholic High School right in front of me. They were obviously as enthused about D24 Durian McFlurry as I was. But as I walked past them while leaving the mall, I could hear an unmistakably crestfallen voice say: “This doesn’t taste like durian at all.”

My young compatriot was right. This frozen treat does not taste of proper durian puree. It’s a McFlurry after all, so it is a vanilla-flavoured soft serve ice cream mixed with a dollop of yellow sludge that contains durian puree and durian “essence”. I know that there is durian puree in it because I detected fibres and membranous durian flesh. But it probably also contains colouring because there is just no way D24 durian is so luridly, and uniformly yellow.

So what does it taste of? Do you remember how Magnolia’s durian-flavoured ice cream tastes? Not the kind which can be scooped from the tub – the texture of that is too buttery and the taste is too sweet. I mean the popsicle on a stick, the one which was wrapped in white paper, with a picture of a durian on the front. Bah, you probably don’t know what I’m talking about if you’re born after 1998.

Anyway, to sum up, a $4 D24 Durian McFlurry tastes just like an old school $0.80 durian popsicle. The aroma of the essence is a dead giveaway. As you shove a spoonful of soft serve into your mouth and it starts melting into an icy soup – yep, that’s Magnolia durian popsicle alright. It’s not too sweet, thankfully.

I don’t know, some people may like it. It’s not bad ice cream, it’s just nostalgia in a plastic cup.

The Theatre Practice announces the imminent release of the second instalment of The Nursery Rhymes Project, a three-part…
byIrone Kim 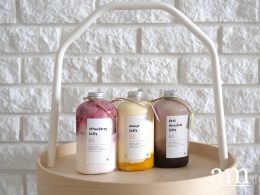 If you are on a sugar-free diet and still have craving for sweet treats, home-grown gelato brand, Momolato…
byalvinology 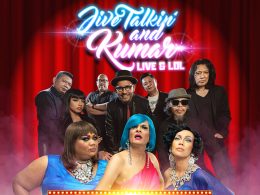 Catch Kumar LIVE & LOL at Capitol Theatre on 13 March – buy your tickets here before they sell out!

JIVE TALKIN’ band and stand-up comedian KUMAR are set to headline LIVE & LOL, a one night only…
byIrone Kim