Pets offer up to their owners unconditional love–so when the owner or the pet passes away, a tragedy is happening.

PAWS or the Philippine Animal Welfare Society, runs a shelter in Metro Manila that houses hundreds of cats and dogs and provides services to pet owners everywhere. They run on the proceeds from their in-house clinic and donations, as well as efforts from their volunteer staff.

One of their staff named Anna Cabrera recently posted an update on her Facebook page, which showed the slightly-crumpled, handwritten letter of a man named Mr. Y, a British man living in the Philippines for thirty years. If you couldn’t read the shaky handwriting, here is what he wrote to PAWS:

I enclose a small donation for your good work for man’s best friend.

My dear “Chum” passed away a week before my wife died, after 6 weeks in the I.T. Unit

Chum spent everyday looking for my wife, going from room to room.

I truly think he died from a broken heart.

I am a British Subject – lived in the Philippines for over 30 years.

I am now 95 years old and confined to my bed with ill health.

God be with all,

His post tells us about his wife who recently died after she spent 6 weeks in the intensive care unit. He had a dog, Chum, who passed away a week before his wife. Chum would look for Mr. Y’s wife constantly, but since his wife could not come home, Chum could have died from a broken heart.

According to the Facebook post, Mr. Y donated $1000 US to the shelter, which is a large amount for any non-governmental organisation to receive, and one of the more substantial donations the shelter has been given.

Cabrera also said that she along with three other people on the PAWS staff roster wanted to show their heartfelt thanks for such a kind gesture and meaningful letter in person. This would involve going to a far province, as indicated by the return address on the letter.

Aside from sheltering strays and taking in abused animals, PAWS also helps owners learn more about their pets through regular advocacy. They also let you adopt their wards, but only if you are qualified to take care of a pet. They also assist people who want to file cases of animal abuse in Philippine court.

We don’t know about you, but we spent an extra few minutes hugging our pets today and maybe bawling our eyes out.

What do you think of this incredible gesture? Let us know in the comments!

Read about this man who regrets cheating on and divorcing his wife of 15 years.

Header image from Shutterstock/SamaraHeisz5, photo of dog outlined in light “Bell & Ross” together with “Cortina Watch,” the distributor of luxury Swiss watches in Thailand, recently launched a…
byStaff Writer

Superstar Mahesh Babu, together with Madame Tussauds Singapore, unveiled his first and only wax figure in AMB Cinemas.…
byIrone Kim 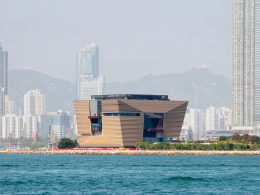 After five years in the making, the prestigious Hong Kong Palace Museum (HKPM) finally opens its doors, as…
byIrone Kim