Instagrammer Chelsea Teng has taken to social media to report on an unpleasant experience at a café called Luxe Singapore where she had allegedly been scolded with vulgarities for only ordering ice cream: let’s take a look at what happened!

Chelsea posted text posts on her Instagram story to explain the whole incident as seen below: 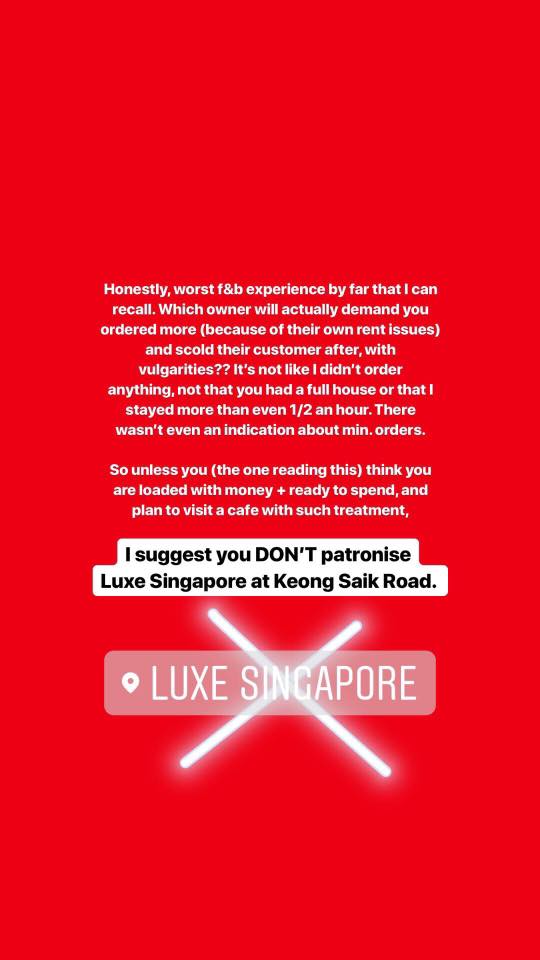 Some of her followers replied to her stories and she posted these responses in another text post: “Just my two cents on the worst encounter I’ve had at an F&B outlet – Luxe Singapore at Keong Saik Road. Though I stayed less than an hour, I was demanded to buy more than “just a fucking ice cream” because the owner “had rent to pay”. ” Chelsea had allegedly stopped at Luxe SG café for a short break and ordered ice cream for herself and her friend. After sitting and dining for about 15 minutes, she was first reportedly approached by the manager who was apparently insistent on them ordering a drink or more food as they had “already taken pics here, used our space”. Towards this request, she declined.

After the first encounter, Chelsea went to foot the bill with a (pleasant) waiter and settled some transactional errors and the manager walked up to her again.

Reportedly, he tried to advise her against making cheap purchases (in this case, “just a scoop of ice cream”) as it would constitute taking up space in the restaurant and costing the restaurant (which has to pay rent). When she defended herself, the owner allegedly used vulgarities (“don’t just go to a café buying a f***ing ice cream”) which upset her so much she teared up.

Chelsea ended up with a summary of the incident and advising followers against visiting the café, which she tagged.

Luxe SG has not responded to this incident as of posting.

What do you think about this incident? Do you agree with Chelsea or with the café managers’s view? Let us know in the comments below! 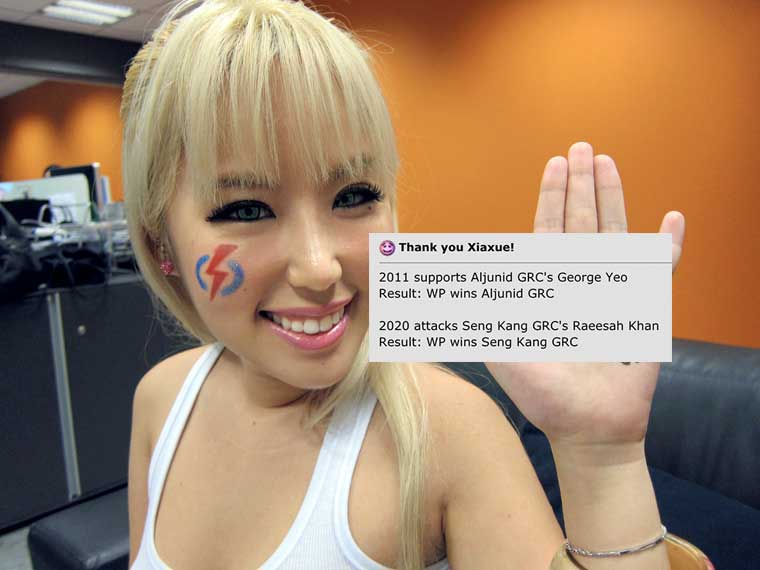 It has been an interesting GE2020, with the ruling People’s Action Party (PAP) performing below expectations. Many were…
byContributor Royal Caribbean International announces that Quantum of the Seas will continue sailing from Singapore through October 2021. Having…
byIrone Kim
We are now on Telegram with daily deals and giveaways! Click and join our channel. It's FREE!
See how Snapask has been helping out over 3 million students around the world. Find a perfect plan