No one is surprised you can buy cheap e-scooter on Carousell, so netizens laugh at the sellers instead

Following the new registration law that requires e-scooter owners to register their wheeled apparatuses by the latter half of the year, you may not be surprised that you can buy cheap e-scooter online.

But what may shock you are the prices that people are putting up for their scooters, which is a far cry from the original price of such vehicles.

What are the prices?

Here are some of the e-scooters being sold on Carousell 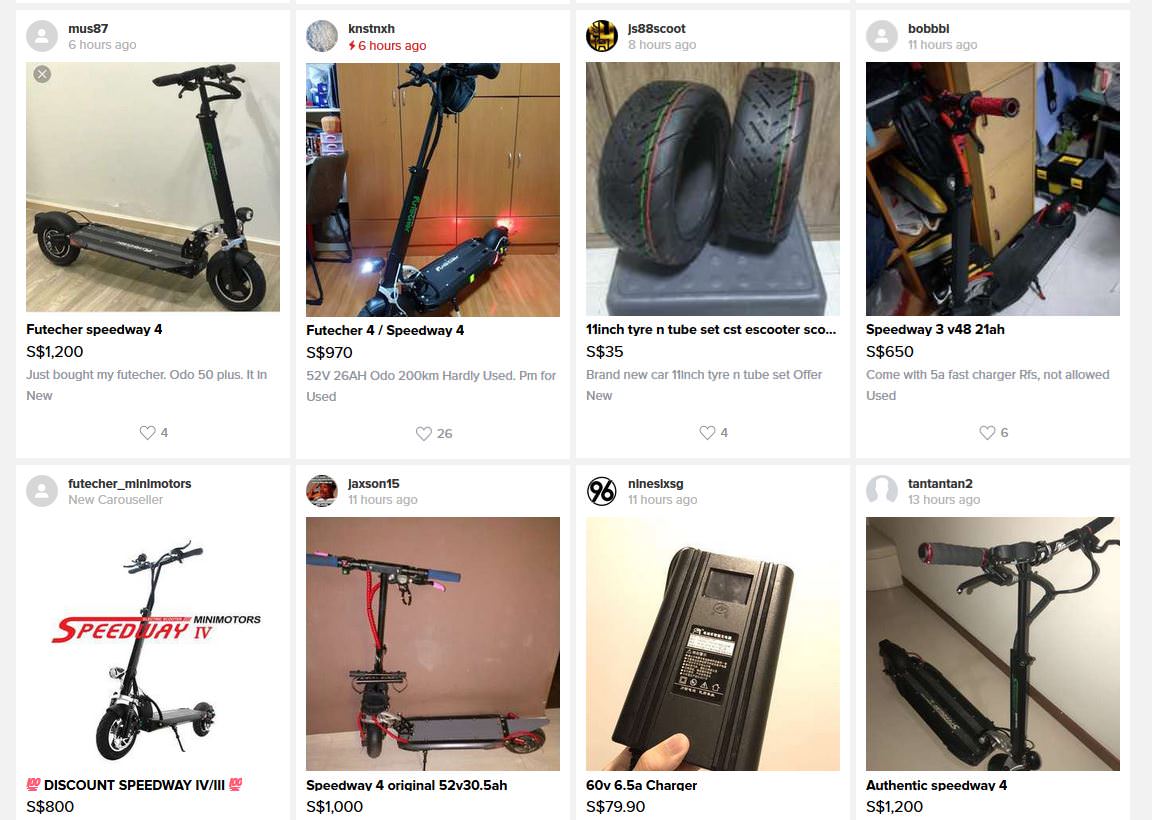 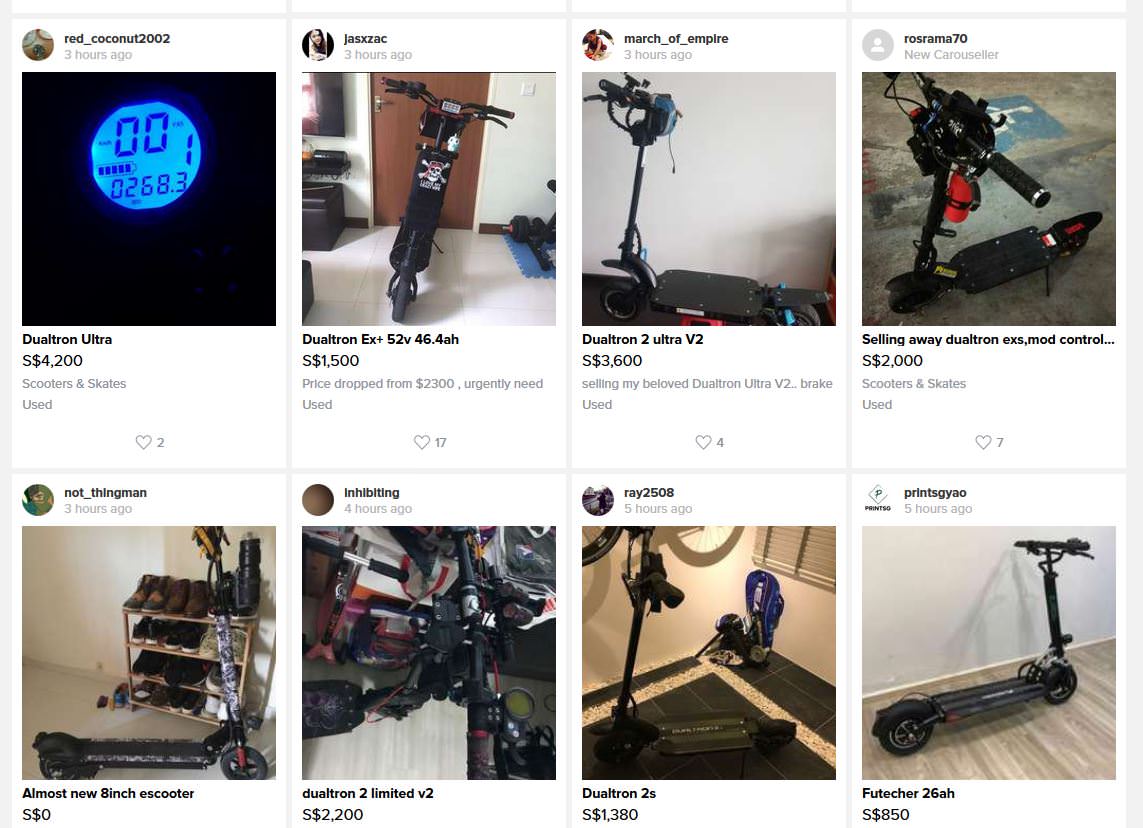 Notable are the Dualtron and Speed way brands. On Minimotors.sg, you can find the Dualtron models available, where the ones that do not meet the regulations of the government go for as high as $2990 before the new law. You can see that some people are selling them below half the original price in some cases.

The new rules are just part of the expansion of the current regulations for Personal Mobility Devices of PMDs. This law requires owners to register their scooters, apply the correct sticker to be shown at any time on the device.

According to a report by Today Online, the scooters now have to comply with rules that need users to maintain “A maximum speed of 25km/h on cycling and shared paths in park connectors, a maximum unladen weight not exceeding 20 kg, and a width no more than 700mm.”

As of now, other PMDs such as hover boards and unicycles (really?) are not included in the new rules as these are not as popular.

Why the new rules?

The new rules came out in an announcement this last week at Parliament.

Some netizens have expressed dismay when they have to give way for such devices on sidewalks, as these e-scooters can fit neatly on sidewalks but are too fast for some pedestrians to avoid.

Not all clear yet

The consequences of failing to register and using an unregistered e-scooter on the road have not been unveiled yet, so people are not aware of how strict the new rules are going to be. So far, only registration and speed have been revealed.

Some are super excited to buy one very cheaply.

Some users aren’t worried at all since they purchased scooters that fall into the allowable specs that the government mentioned.

Others were surprised that the scooters cost so much.

While others are quite vindictive, as they have probably been inconvenienced or hurt by such devices.

What is actually prompting users to sell is that some scooters are very powerful and exceed the weight limit allowed by the government.

Apparently, this brand, Dualtron, is quite expensive.

Some observed that the users who have smaller e-scooters that do not go very fast aren’t going to be that inconvenienced by the new law. As for people who use “souped up” versions and brands, then they may be in trouble.

What do you think of all the disallowed (in the future) scooters for sale? Are you going to buy one?

You may not have to buy a scooter at all with Grab’s new e-bike and e-scooter sharing app.