CapitaLand’s engineering marvel resulted in a world-class recognition as Raffles City Chongqing was hailed as the world’s highest “horizontal skyscraper” ever built.

The iconic 1.2 million square meters urban district is the result of the company’s aim to improve and develop new urban living with unparalleled architecture and technology. The place itself is built with curved accordion-shaped “horizontal skyscraper” – measuring 300 metres in length, 30 metres in width and 22.5 metres in height – above four 250-metre tall towers at a total height of more than 400 metres above sea level. Some of the world’s most advanced construction and engineering techniques have been applied to make this megastructure structure possible and stand on the jewel of Chongqing. It is also the companies bold move to raise the bar on architectural design and proves to show that they are thinking way ahead of the current trend.

The heart that connects the six vertical towers of Raffles City Chongqing is called The Conservatory. Four towers acting as its base support and two adjacent towers by cantilever bridges. Designed as the centre of attraction, it houses a rich array of amenities, including a themed observation deck, sky gardens, an infinity pool and a food and beverage zone. It’s the world’s highest sky bridge linking the most number of towers and longer than Singapore’s tallest building. The Conservatory is made up of a continuous steel structure weighing 12,000 tons and enclosed with a ring comprising 3,200 pieces of glass and 4,800 aluminium panels. The steel structure is expected to be fully constructed by mid-2018.

This amazing development will soon rise at Chaotianmen at the meeting of Yangtze and Jialing rivers in Yuzhong District, next to the traditional Jie Fang Bei central business district. For more information, visit CapitaLand official website. 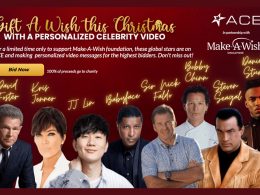 This post was first written for and published on the International Newsmedia Marketing Association (INMA)’s website.  Why is…
byalvinology
Hello. Add your message here.
See how Snapask has been helping out over 3 million students around the world. Find a perfect plan