George Town, the capital of the state of Penang is known as the arts and culture hub. The Penang state government further upgraded it after it was officially announced as a UNESCO World Heritage Site in 2008. Here, we’ll give you a rundown of the most popular attractions on Penang Island.

You can now fly directly to Penang via Malindo Air with 25kg check-in luggage, 10kg carry on and extra legroom. They fly to KL 4 times and Penang once a day.

As tourism is the second highest mode of income in Penang, following after the factory industry, the streets with art quickly became tourist hotspots. Armenian Street has always been a tourist favourite because they have everything you want from Penang – food, shopping and photo opportunities. The walls are lined with murals, decorations and art pieces by local artists, allowing them to get recognition while giving tourists unique photographs to keep as memories.

These steel rod structures are made with reference to caricatures by Tang Mun Kian. This is the Untrained Parakeet Sculpture at King Street. Of course, they have the popular chendol, char kway teow and prawn mee, but amazingly, you can still enjoy ice balls, a dying trade here. As you pass through the popular streets, there is Mr Lee, the joss stick maker on Jalan Masjid Kapitan Keling. He hand makes them with sawdust, powder and water. After shaping them, he leaves them in the alley opposite his shop to let them dry under the sun. You can swing by to see the rare sight of handcrafted joss sticks. The famous clan jetties are also located in George Town. Over a century old, they are all named after a Chinese clan. The 6 jetties were named after surnames in Penang – Lim, Chew, Tan, Lee, Mixed Clan and Yeoh. In 2005, the Koay Jetty was demolished to make way for expressway construction. You can take photographs of the walkway and houses as all the doors are different. Just remember to be quiet and polite as people still reside there. You can only live in the clan jetty if you have the same surname, but all tourists are welcome free of charge. You can also see the Penang Bridge from the jetty. 830m above sea level, Penang Hill is a wonderful place to see Penang Island from above. The train used to take 30 minutes, but now it only takes 4 minutes. A great upgrade as the fourth generation train. A one-way ticket costs RM5 for local adults, RM15 for foreign adults, RM3 for local children and RM8 for foreign children. Upon exiting the train, you will be able to see Penang from above. For a closer look, you can also view it from the observational sky deck as seen below. If you are keen to explore, walk further to The Habitat, where you can find an ecotourism facility in the 130 million-year-old rainforest to find the Canopy Walk bridge that lets you see Penang and even Kedah. Lango Monkeys claimed the area before it officially opened, giving this 230m bridge the nickname ‘Lango Bridge’. There is also a giant swing, one in four in Penang. There are two in The Habitat, one in the Tropical Spice Garden and one in the creator’s home. For an even better view, we went to the Treetop Walk. This bridge can hold up to 120 people at one time, allowing everyone to see the 360-degree view of Penang. If you look closely, you might even be able to see Langkawi on a clear day. Tickets are RM30 for students, seniors and children and RM50 for adults. The view is from a higher point surrounded by more lush greenery. In nature, we managed to catch a glimpse of wildlife including Black Giant Squirrel, 3 Stripe Snake, Plant Hopper and Lango Monkey. You can witness natural phenomenons here such as this moth which folded a tree fern to act as a cocoon. There are many beautiful flowers that can give you your ‘money shots’ to immortalise your Penang trip! All photos by Carissa Wong. With the recent visibility of Katelin Teo’s Anti-Chope Movement, the practice of chope-ing or reserving a table with…
byDanielle Ann 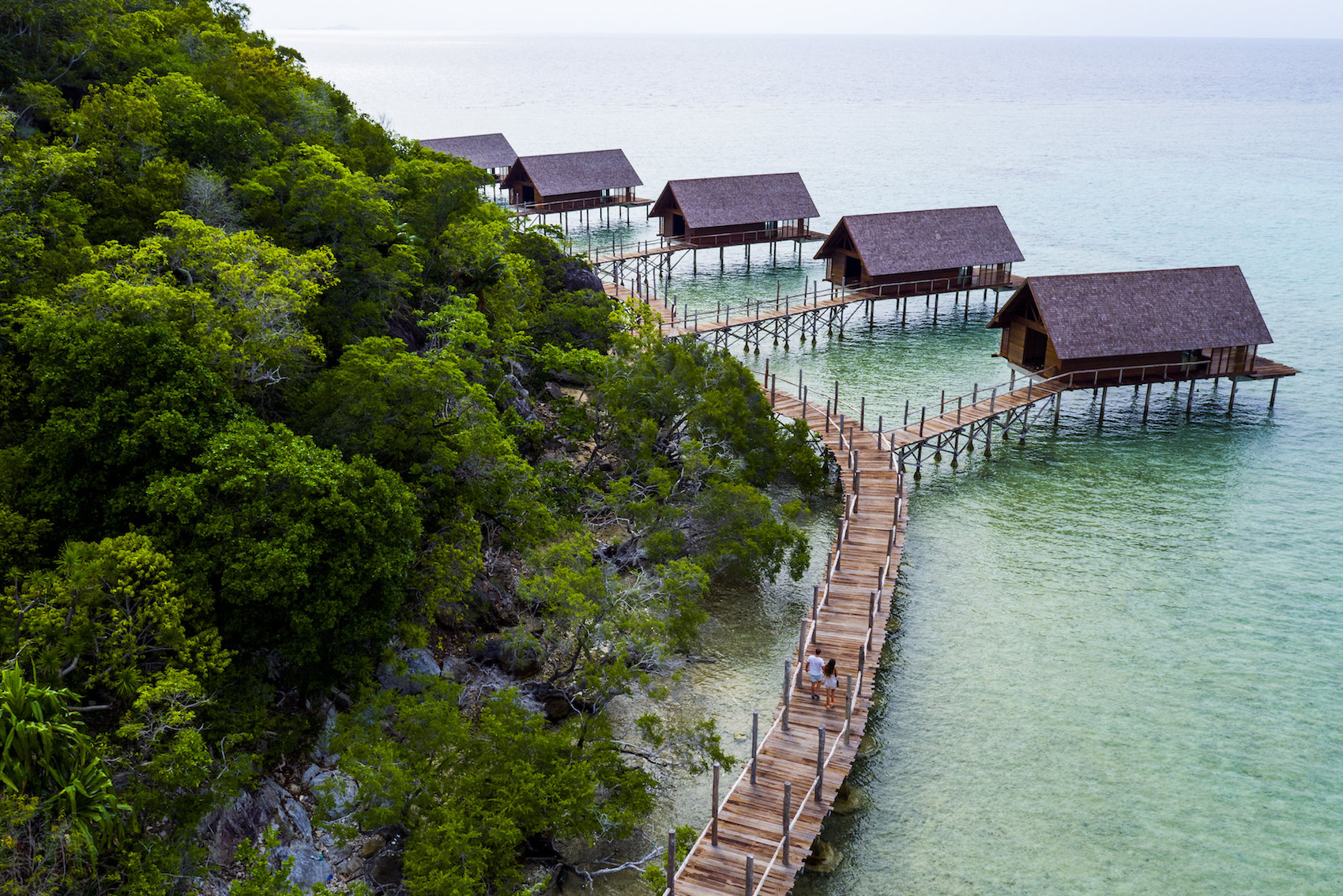 Bawah Island in Indonesia is calling for guests to be the first to step onto the untouched archipelago.…
byChitra Kumar
Hello. Add your message here.
See how Snapask has been helping out over 3 million students around the world. Find a perfect plan