AirAsia has been named the World’s Leading Low-Cost Airline for the fifth year in a row at the 2017 World Travel Awards (WTA) Grand Final.

Asia’s largest low-cost carrier by passengers also won the inaugural World’s Leading Low-Cost Airline Cabin Crewaward, ahead of the same 13 budget airlines. The win builds on AirAsia’s success earlier this year when it secured WTA’s first ever Asia’s Leading Low-Cost Airline Cabin Crew award and in 2015, when it became the first ever low-cost carrier to win Asia’s Leading Cabin Crew, ahead of full-service carriers like Singapore Airlines, Korean Air and Cathay Pacific.

AirAsia Group CEO Tan Sri Tony Fernandes said, “I am very proud to stand here today to receive our fifth WTA World’s Leading Low-Cost Airline award in as many years. I’ve always said we are the world’s true low-cost champion, and I’m thrilled to see I’m not the only one and the industry agrees with me. And we will only get better as we continue on our digitalisation journey to better understand what our guests want and to make flying a richer, more enjoyable experience, as we continue to strive to provide world-class service at the lowest fares.”

AirAsia Group Cabin Crew Head Suhaila Hassan said, “An airline is only as good as its people, and we have some of the best. Two years ago, we were named Asia’s Leading Cabin Crew by WTA, beating a field of full-service carriers. Since then, we’ve gone from strength to strength, winning the World’s Leading Inflight Service award in 2016, Asia’s Leading Low-Cost Airline Cabin Crew earlier this year and now, the first ever World’s Leading Low-Cost Airline Cabin Crew award by WTA. This shows our unwavering commitment to excellence and, as the world’s best low-cost carrier, we promise to continue delivering to our guests onboard the best experience money can’t buy.”

The World Travel Awards is one of the most prestigious, comprehensive and sought after awards programme in the global and tourism industry.

Established in 1993 to acknowledge, reward and celebrate excellence across key sectors of travel, tourism and hospitality industries, the World Travel Awards brand is now recognized globally as the ultimate hallmark of industry excellence. 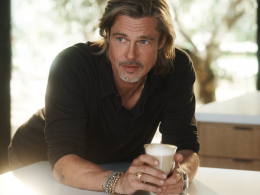 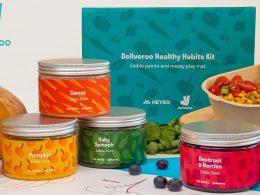 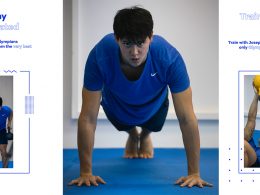 The picture above shows the aftermath of what was a kind gesture from Crown Prince Tunku Ismail Ibrahim in…
byDanielle Ann
We are now on Telegram with daily deals and giveaways! Click and join our channel. It's FREE!
See how Snapask has been helping out over 3 million students around the world. Find a perfect plan