After the eyebrow artist’s bout with World Bodybuilding & Physique Sports Federation (WBPF) president Pradip Subramanian, Steven Lim has been the object of bashing so intense, he’s been called a “murderer.”

Hours after the fight where the comedian was declared the winner, the bodybuilder’s injuries got the better of him, and he died in Singapore General Hospital due to cardiac arrest.

You can watch the video of Pradip’s last moments in the ring here, where his condition began to deteriorate before getting sent to the hospital in an ambulance. Notice in the video that he had trouble standing and responding to a happy Steven after the winner was announced.

Perhaps it was the nature of how the match came about, with Pradip being a last-minute replacement when Sylvester Sim, Steven’s original opponent, bowed out of the match.

The match lasted only a few rounds with Steven being declared the winner after his opponent suffered a nosebleed. The bodybuilder’s condition worsened considerably after that, as he needed assistance to get out of the ring and was in an ambulance minutes later.

At first, Steven was in an understandably celebratory mood. This post was taken down after news of Pradip’s death reached the comedian. Some netizens thought that he mentioned the bodybuilder’s hospitalization in a flippant manner.

Steven posted a new status, saying that he is also in pain and miserable after everything that had happened.

Still, people choose to blame the eyebrow artist and his goals for fame as the reason for Pradip’s death.

One Facebook user said, “It’s nothing wrong to celebrate your victory but celebrate someone being sent to hospital shows his class and what kind of person he is. Stop supporting him blindly. I believe Steven Lim deserves more bashing then this.” Edited for clarity

Others have called on the fight organizers for lack of head gear and medical examination on Pradip’s side since he was slated to fight only the day before.

This netizen went so far as to hold the fight organizers accountable for the death.

Some netizens were much harsher in their judgment over what happened.

Particular netizens were also qute shocked and said that Steven was a killer.

Some users were able to feel sympathy for both Pradip’s family and Steven.

Others mentioned that Pradip, despite his bodybuilding prowess, was not prepared for the fight. It was only two days since he accepted the challenge and was thus unable to train.

The cause was cardiac arrest

In a recent report released by the Singapore General Hospital, Pradip died from cardiac arrest after the match with Steven. What incited the cardiac arrest, though, is yet to be determined or explained.

The medical report was released by the fight organizer, Asia Fighting Championship or AFC. The full report from the medical team should be released within 30 to 60 days.

What do you think about the reactions to Steven Lim’s victory and the tragic end to Pradip’s life? Are people being too harsh? Let us know in the comments! Circles.Life offers SIM-only plan for customers who have trouble with commitment

A lock-in that’s not really a lock-in contract, you say? Circles.Life once again rewrites the rules for the…
byStaff Writer

As a mom, you only want the best for your newborn. From the moment your child is born,…
byCarrie Er 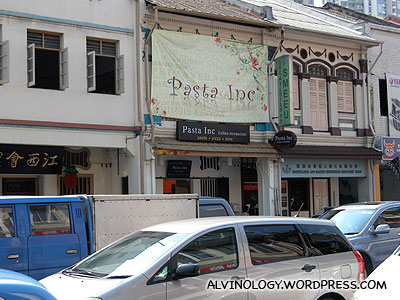 Pasta Inc. is an Italian restaurant that just opened a few months ago in Jalan Besar, tucked amidst…
byalvinology