A mere 55 minutes away on ferry, there is a pulsating sanctuary waiting to be discovered. This sanctuary, located at Bintan Island, is known as Club Med –a household name that needs little introduction when holiday resorts come up in conversations. Being so close to Singapore, there is a good chance you have enjoyed a stay or two there, and now there is a good reason to remove yourself from life’s dredges and head back.

Last October, Club Med Bintan underwent a refurbishment that saw brand new looks for the lobby, theatre, main pool area and main restaurant The Waterfall. The main bar among all four bars, The Santaï, now sports clever ambient lighting that bathes the first floor in a gorgeous glow during nightfall.

For those who have been to Club Med Bintan and thought it was like chicken soup for the soul, the resort has now come back with an even stronger and fun-er approach to the concept of holistic wellness. For those who haven’t, there is plenty to get excited about. Because with their special ‘Must-try Experiences’, Club Med Bintan and the multicultural team of Gentle Organizers are sparing no effort in bringing you a unique definition of resort living only they know how: familiar yet refreshing, chillaxing yet heart-pumping.

In other words, you are pretty much promised a good time.

Who are Gentle Organizers? Called G.O for short, these individuals are the first veneer of Club Med Bintan you would come across and they hail from countries all around the world. Labeling them as just the resort’s concierge or guest relations would do them a disservice, they are a lot more than that.

They are the neon-color clad front liners who would surprise your arrival with a coordinated welcome cheer and juices. They are trained sportsmen and women who would provide friendly competition if you need an extra player for squash. They are mixologists who could concoct a mean cocktail du jour as effectively as they can perform the occasional magic trick for kids. They are acrobats who could rival Cirque du Soleil. They are energizer bunnies who would party with you during themed cocktail evenings.

Although it is tough to cast their dizzying array of talents into a singular role, their inclination to be your pals is probably the closest thing to it. That said, Club Med Bintan could be an ideal place for a solo getaway as well, despite the majority of visitors being some form of family nucleus. You won’t have to venture very far out should you feel the spontaneous need to socialize with people outside of your culture.

What puts the wellness in Club Med Bintan The holistic wellness experience in Club Med Bintan can be condensed into what they call the ‘Must-try Experiences’. They are carefully curated activities that hone mental, physical and spiritual health in fun, energetic ways. The G.Os all around the resort will tell you as much; whenever a chance presents itself, they will encourage you to sign up for the likes of yoga by the beach, snorkeling (available from May to October only), 18-holes at Ria Bintan Golf Club and the Flying Trapeze.

This is also good for Club Med first-timers who are spending limited time at the resort. You would know exactly what to pencil into your schedule without poking your finger into every pie. For instance, you could start the day fresh with a sunrise yoga or Pilates class at the revamped Yoga Palapa, a zen vantage point to enjoy scenic views of the island. While you are still on a stretched out high, you could grab a fresh slow-pressed juice to replenish yourself post-workout. These juices come in so many combinations of fruits (fresh blueberries, strawberries, kiwis, pineapples, oranges and more) and are so readily available at The Matahari beachside bar you would suspect it is the staple drink of the resort –like what sugar cane is to our famous hawkers.

And you are not wrong.

While we are on the ‘you are what you consume’ pillar of wellness, you would still need actual food to fuel up for the day ahead. Suffice it to say, no one will ever go hungry at Club Med Bintan. They serve a total of five meals throughout the day, with breakfast, lunch and dinner done in buffet style at the main restaurant –The Waterfall. There is late breakfast and pre-dinner cocktail canapés served in between. To cater to the palates of international guests, there is a buffet station for every type of cuisine, and the sheer variety provides a nice touch to buffer the hit-or-miss nature of certain offerings.

No matter which meal you are at, there is sure to be one thing that is a hit and you won’t miss. Yes, that’s right, the fresh pressed fruit juices. Any resort worth its salt would have a well-esteemed spa on site. For us wound up and time compressed urbanites, can we really say no to a sanctuary within a sanctuary? Club Med Bintan has just that in the form of Asmara Spa; unlike other spa outlets that standardize baby or herbal oil, you get a choice of up to five essential oils for the foot soak and massage therapy, including the minty tea tree or the calming lavender. Considering that you can customize your own oil in a spa workshop, it is safe to say Asmara Spa takes your relaxation preferences pretty seriously.

When you are done with your selection, the appointed therapist will guide you through a bridged walkway shrouded in lush greenery, leading to a naturally lit treatment room that sits low on the rocky shores and overlooks the South China Sea. The gentle crash of the waves, accompanied by the expertly kneads of the therapist, might amaze you that a haven like that exists so close to home.

At the end of it, you would be led back out to a pavilion –called Alfresco Lounge—to sip on Club Med’s homemade ginger tea. Before you head on out, do check with the front desk if they have ongoing promotions. The spa was dangling a 50% off second treatment during my stay, something I would not hesitate to cash in on if I did not have to catch the ferry home. Unique only to Club Med Bintan, the Flying Trapeze is one of the ‘Must-try Experiences’ that would have you soaring mid-air like a feather light acrobat, albeit not so gracefully at first. This is likely due to the fact that one would have to scale the three-floor high swing structure, which could prove to terrify anyone with any degree of acrophobia. Then again, it is amusing to note that kids were signing up and flying off with unbridled enthusiasm, while the grown-ups were literally grounded with the jitters.

Among my fellow travelers, only three (including Yours Truly) out of eight stepped up to the plate. I might have leapt off higher structures, and I might have been assured by those fearless kids who swung before me. But standing right before it during the preparatory briefing, I’d be lying if I said the Flying Trapeze was not intimidating. On the surface, I appealed to the long-departed daredevil in me and kept a cool composure. On the inside, it was a complicated mess akin to a churning diarrhea –especially when I climbed up and looked down from the ladder. “Look far, see how nice the scenery is,” Claudia, a Mexican G.O with years of circus experience under her belt, advised. She must have caught a strong whiff of my fear. “You’re scared because you’re looking down!”

With my toes tipped over the platform edge and two hands firmly grasped on the bar, Claudia’s hand was the only thing holding me back. In a moment, she would let go and I would hop off. I should let the clip here demonstrate why the Flying Trapeze is such a must try:

By day at the Flying Trapeze, you see participants struggling just to make that leap of faith and swing. By night, the real pros –the G.Os—take to the Trapeze with ease and perform incredible feats of acrobatics and athleticism that will leave you slack jawed. But that is just one of the many performances you can expect from the nighttime entertainment at Club Med Bintan. Off the Flying Trapeze and over to the main pool, the star event is inarguably the MALUCA Pool Circus Show, where indefatigable G.Os steal the attention from your dinner with aerial stunts and dance numbers. In a separate show at the indoor theatre, the G.Os also put up a dazzling LED light sequence with their outfits and illuminated juggling balls.

Club Med may be an inclusive resort that leaves no one out of the party, but you’d best learn their cocktail evening themes beforehand if you don’t want to be caught dead in the wrong dress code (not that they would bar you). In our first evening party at The Santaï, everyone was out in full force in the commemorative ‘45/88’ Club Med Bintan polo shirts and glow-in-the-dark face paint. When the second evening party rolled around the next day, things took for a chichi turn with ‘White Elegant’ by the beach. The night reached fever pitch with a fireworks display and a makeshift dancefloor that lit to life.

I have to give credit where credit is due; there was little doubt that Club Med Bintan managed to pull off the whole child-friendly clubbing by the beach concept and made it enrapturing. It was less of the assault on the senses kind you’d find at, say, a Clarke Quay affair on a Friday night. As someone who counts the DJ’s music choice as the make-or-break factor of any given party, I was just baffled as to why the G.O helming the deck banged out the exact same tunes in the exact same queue over the two nights. Was he recycling a Spotify playlist?

Shortly after retiring to my room, the party sounded like it was winding down against a smattering of boos. The revelers seemed to be echoing what Rihanna once sang about: Please don’t stop the music. And why wouldn’t they? This may be an optional must-try to the core ‘Must-try Experiences’, but it fed us with something that was not all too different from the wellness itinerary.

It was good Med-icine for the mind, body and soul. 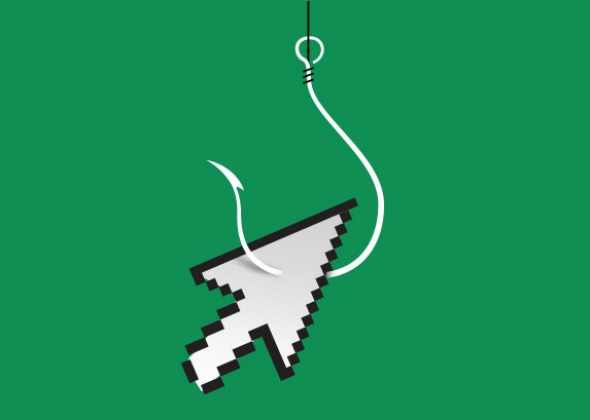 This post was first written for and published on the International Newsmedia Marketing Association (INMA)’s website.  With an…
byalvinology