The Airport Guide Robot will roam the airport providing information and assistance to visitors while the Airport Cleaning Robot will be on hand to keep the floors impeccably clean.

By dispatching its robots to one of the largest and busiest airports in the world, LG will be able to provide its robotic services to approximately 57 million travelers who pass through the airport every year. While the robots are officially going into trial service today, they have been a familiar presence to frequent travelers since February, when they began beta testing at IIA. LG engineers have been fine tuning the robots for the past five months, improving their performance based on the data and experience collected during the beta test. The robot can connect to the airport’s central server to provide information regarding boarding time and locations of restaurants, shops, and much more. With a quick scan of a boarding pass, the Airport Guide Robot can escort the late or lost traveler to the right departure gate on time.

The Airport Cleaning Robot detects the areas that require the most frequent cleaning, stores those locations in its database and calculates the most efficient routes to get there.

Are you excited to see these robots? Or have you seen them already? 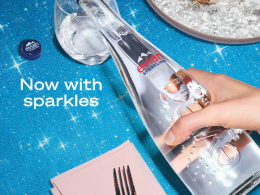 5 places to check out in Indonesia other than Bali

There’s more to see in Indonesia, other than Bali. As such, AirAsia has teamed up with Ministry of…
byCarissa Wong
Power up your child's learning with Geniebook.
Sign up for free demo
This is default text for notification bar
Learn more