Legoland Malaysia Resort has recently opened Ninjagotm themed rooms at its resort, the first of its kind in Asia.

The highlights of these rooms are its Ninjagotm décor made of Lego bricks – a customary feature at any Legoland property – from Zane’s titanium falcon, huge dragon eggs to ninja throwing stars.

The kids have their own TV, games, Lego bricks and a treasure chest that can only be solved by true ninjas.

While the parents will also sleep like a ninja on the king-sized bed, which comes complete with a shrine holding the four elemental Ninjagotm weapons.

These ninja-themed rooms will add to the three other themed rooms guests can choose from at Legoland Hotel – namely, Pirate, Adventure and Kingdom.

You can make a reservation here or call Legoland Hotel’s reservation line at +607 5978888. 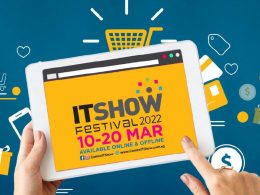 Shopee’s IT SHOW Festival 2022 lets you trade-in your old gadgets for Cash so you can buy a new gadget of your choice! UPDATE: More complaints emerge against the same culprit and others in his unit; Juwon Park resigns. Just in…
byStaff Writer