HOOQ announces a list of exciting original productions while launching a new brand campaign furthering HOOQ’s approach to entertainment throughout the region. As part of the brand campaign’s launch, HOOQ announces 19 new productions, including 12 series and seven movies, in its drive to deliver 100 HOOQ Originals by Q2 2020.

HOOQ’s Originals slate is now at 59 original productions across the region, complementing the more than 35,000 hours of movies, television shows, sports and currently on HOOQ, available anytime, anywhere.

HOOQ is bolstering its HOOQ Originals and local exclusive content offering with a slew of 19 announcements cutting across each and every one of its Southeast Asian markets.  Partnerships with local filmmakers are core to HOOQ’s hyper-local focus as a voice for authentic, inspiring and thought-provoking local stories.

HOOQ is bringing 13 new Original productions to life by expanding its partnership with MD Entertainment under which HOOQ and MD Entertainment are developing and launching four movies and four series together in a radically new “hybrid” format. MD Entertainment and HOOQ will develop four distinct storylines with each project delivering an interconnected movie and series – both of which will be developed, shot and produced simultaneously. All four will be released in 2020.

HOOQ will continue to bring blockbusters exclusively onto HOOQ including hits Sunyi, Habibie & Ainun 3, Danur 3: Sunyaruri, the biggest first-day box office of any Indonesian horror movie in history, and Twivotiare, among others.

HOOQ is expanding its long-time collaboration with Starvision. As part of that, HOOQ is premiering Season 2 of popular sitcom Cek Toko Sebelah in December while Yowis Ben, a coming of age comedy, season 1 is slated to stream on February 2020. It also continues its partnership with Marawa to bring season two of crime series Brata onto the platform early next year.

Rounding out the slew of 13 Indonesian HOOQ Originals, HOOQ is launching a weekly talk show IMHO (“In My Humble Opinion”) in co-production with Vice Media. IMHO premieres on October 2019.

Two new HOOQ Originals were recently unveiled at the Cinemalaya Film Festival in Manila. Iska Produced by HOOQ bagged three awards:  Best Screenplay, Best Sound, and Best Actress. Mina Anud, in partnership with Regal Films, is a movie about a small seaside community disrupted when three tons of cocaine land on its shores closed the prestigious film festival.  Both films land on HOOQ later this year.

The winner of this year’s HOOQ Filmmakers Guild and HOOQ Original, She’s A Terrorist and I Love Her premieres on the platform in January 2020. The eight-part dark comedy revolves around a down-and-out man who enters a sham marriage for a quick payout, only to find that his beautiful “wife” is an extremist, hell-bent on wreaking havoc, and will premiere on HOOQ in December. The production is directed by Singapore’s homegrown online comedy channel, ‘Ministry of Funny’ led by Terence Chia and Haresh Tilani.

HOOQ is extending its long-time exclusive partnership with M Pictures to bring blockbusters to the platform including Love Battle, Khun Bun Lue, and London Sweeties, among others. Coming soon are HOOQ Originals rooted on Thai stories and sensitivities including The Cave, a movie about the rescue of the young Thai football team from Tham Luang cave. Also, Someone, an eight-episode series, is a heartwarming collection of stories giving intimate insights into the complicated but always loving relationships of everyday Thais.

These investments and partnerships come together affirming HOOQ’s commitment to growing the region, supported by a new brand campaign representing HOOQ’s next chapter. This includes a brand film shot in the Philippines and an original song titled ‘Hooked On You’ written and produced by HOOQ. “Hooked On You” campaign also features four localised versions of an “eye-conography” created by Dentsu Jayme Syfu adapted from the infinity symbol in the HOOQ logo. 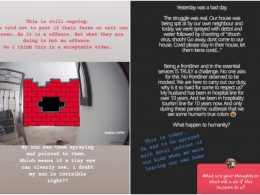 A year after Sengkang General Hospital posted on their Facebook page about the harassment faced by their frontliners,…
byDanielle Ann 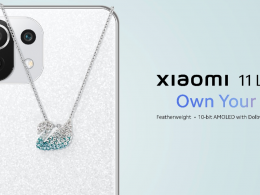