you’re As Singapore is his first and only music showcase this year, Bii (毕书尽) naturally had much expectations to live up to.

It’s safe to say that the ravishing Korean-Taiwanese singer has started off with a bang. Bii’s remarkable two-hour concert to a 2, 000-strong crowd last night was a prelude to his first ever large-scale concert at Taipei Arena come December.

Bii returns to Singapore after coming in 2015

You’d have easily come across him in Bromance, an extremely well-received Taiwanese romance comedy, as Wei Qing Yang. While he is widely known for his acting chops, he is equally talented in the singing department.

Having debuted in 2010 as a singer-songwriter, he never fails to stir emotions at his intimate concert with chart-toppers such as “Come Back To Me” and “我还想念你”.

Needless to say, he has drawn a legion of BF (an abbreviation for Bii’s Fans) to his signature boyish charm and rousing releases such as “Love More”.

When asked why he chose Singapore as the destination for his showcase, Hainanese chicken rice and the good weather here were some of the deciding factors.

Nevertheless, those come secondary to his main desire – to give back to his Singapore BF who supported him regardless of his lacklustre performance (due to a case of acute gastritis) when he was here in 2015 promoting his album.

Now that he has a second chance, he earnestly wanted to put up a spectacular show for his ardent fans – which he did.

Bii let his fans have a taste of a wide repertoire of his vocal skills from rock hits to soothing love ballads.

The 27-year-old singer crooned to the likes of “A Sky Full of Stars + Find The Way” and a more mellow “I Will Miss You” so effortlessly – you’d reckon he could sing almost any genre.

Bii also put up his own spin on covers of 第一个想到你 by William Wei (韋禮安) as well as 坠落 by Tanya Chua  (蔡健雅)  his favourite songstress and local pride, Tanya Chua.

He even dropped a new single at the end of his concert – You’re Gone – and the audience went ballistic over it.

Up close and personal with BF

There was a catch in Bii’s concert – fans were randomly selected to engage in an interactive session with their idol up on stage.

The audience was brimming with energy whenever a lucky girl gets to partake in some banter with Bii.

Many were also swooning over him when he fed one lucky fan with pudding and interlocked fingers with another.

These amusing activities were part of an interactive segment with the fans, who are falling head over heels with Bii.

While all ticket holders receive an official event autographed poster, only Cat 1 (VIP) and Cat 2 ($148) ticket holders stood a chance to get up close and personal with the versatile singer-songwriter and actor.

As Bii’s birthday is approaching – it falls on the 7th of July, his adoring fans surprised him with a simple yet touching video.

It even featured surprise appearances by his mother and younger brother.

Bii was simply moved beyond words as his gratitude for the outpour of support from his fans was palpable from his moment of silence, upon seeing what his fans did for him.

VIP tickets were sold out in nine minutes

Upon the VIP ticket launch on 6 April, all tickets were snapped up within nine minutes. Given that Bii is having his only concert here before his large-scale one at Taipei Arena, a bevy of his loyal fans from across the world naturally rushed to get these tickets.

The next time he’s performing at Taipei Arena, you can be sure it’d be show-stopping.

This concert was proudly presented by Singtel and KKBOX. 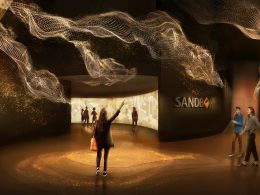 Yu Sheng Lo Hei To Greater Fortune, Wealth And Health With These Steps What is your image of a Regimental Sergeant Major (RSM) in the army? It will be that of…
byalvinology