House time is anytime and anytime is house time.

Don Diablo made sure partygoers at Ultra Singapore know that when he dropped his sick mix “AnyTime”.

The second edition of Ultra Singapore this year saw headliners such as the legendary Dutch DJ Tiësto, much-anticipated Steve Aoki and KSHMR. It was a weekend of non-stop partying for hordes of ultranauts who came together for nothing short of a ultra good time.

Here is a round up of 12 ultra raving moments ultranauts at Ultra Singapore 2017 can’t miss.

It’s definitely a spectacular showtime with Showtek, a brother duo well-known for their electrifying electronic dance music acts. While it was early in the afternoon, hordes of ultranauts can be spotted at the Main Stage jiving to their signature and intoxicating bass drops.

Dash Berlin continued to raise the roof at the Main Stage with their stimulating remix of the ever-familiar “Sweet Dreams” by Eurythmics. The Dutch electronic group known for progressive house music made sure the crowd was roused.

Everyone was simply dancing on end to the pulsating beats and mixes permeating the air at Ultra Park, especially when they dropped a remix of “Beautiful Now” by Zedd feat. Jon Bellion.

American electro house musician, Steve Aoki had everyone ready to rumble – even in the mud. Many of the mixes that he played at the Main Stage had a subtle twist to them, giving us a sense of familiarity yet keeping us on edge with his psychedelic graphics.

He didn’t forget to give his legions of loyal fans a treat when he dropped one of his latest singles, “How Else”.

This American DJ from Berkeley, California may be relatively new but he is almost as renowned as the other international acts. We are putting on our money on him that he’s not going anywhere soon, especially with his “Secrets”.

KSHMR managed to hold his own against mega-heavyweights such as Aoki playing at Main Stage, when he drew massive crowds to the Live Stage.

House music heavyweight Hardwell started his set off with a bang when he dropped his new single with KSHMR, “Power”. Indeed, he killed it on set and showcased to us his power.

After listening to his out-of-this-world set especially after his “Spaceman”, any ultranaut would certainly be feelin’ the power.

It isn’t Tiësto if he doesn’t give party revellers a taste of his legendary mixes such as “Tremor” and “Chemicals”, which he collaborated with Don Diablo.

Tiësto, who is now one of the most revered international DJs, remains at the top of his game.  The progressive-future-electro-deep house musician whetted the crowd’s appetite for more with his mix of “Thief” by Ookay.

Did you know two members from Pendulum is in fact Knife Party?

The Australian electronic dance music duo consists of two members from the drum and bass band Pendulum, Rob Swire and Gareth McGrillen. Knife Party actually made a surprise appearance during Don Diablo’s set, when the Dutch DJ and producer arrived late due to flight complications.

Regardless of Pendulum playing on the Live Stage or Knife Party killing on set at the Main Stage, the music was for sure ultra good.

When it comes to house music, Nicky Romero sets himself apart with distinctive mixes that are dripping with sexiness.

His remix of “Runaway (U & I)” was absolutely mind-blowing, stepping up the bass game in the wildly popular title by Galantis. Of course, how can Nicky have a set without his hallmark “I Could Be The One”?

Given the warm weather in Singapore, some party revellers might have needed a respite from the hot and heaving stage areas.

DBS Live Fresh Zone was the ideal place with a rooftop to catch some fresh air and an indoor air-conditioned area. Many ultranauts were full of praises for this awesome spot, as they could chill out there before getting back into the thick of all the EDM action.

The DBS Live Fresh card was also the official card for Ultra Singapore. Some lucky party revellers even had the chance to meet local DJ duo Rave Republic in person at SONY Extra Bass booth. One could also experience the bass-thumping rhythm and beats offered by the incredible SONY Extra Bass technology at the booth.

Now you know where you get those amazing sound quality at Ultra from.

One of the most anticipated local acts had to be Jasmine Sokko. Her ethereal voice meshes so well with the fresh electronic syntax of her song so much so that we are now truly a fan. Her “1057” and “Close To You” are some of our favourites and you will see why after listening to them. This up-and-rising songstress and music producer who is based in Singapore was discovered by Lucian, after the Swiss DJ and producer heard her captivating “1057”. In our interview with JonnyVicious, a regional DL who is based in KL, he shared with us that he plays a myriad of genres. Even within the borders of techno and house music, he uses plenty of sub-genres; such as deep house, techno, funk and disco.

These days, the two extensive umbrellas of house and techno converge so often that many mixes borrow elements from both categories. We would also be seeing more of this fast-rising DJ in Sofitel So, Singapore as well as other Asian cities.

When 2018 comes, you know you don’t need any other reason to go Ultra because the top-notch EDM festival in itself is a compelling reason. 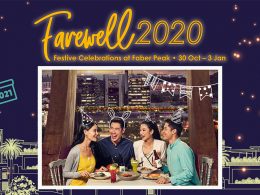 End the Year with scrumptious festive dishes at a hilltop, early bird prices, exclusive NYE menus, and more with One Faber Group

Bid 2020 farewell and usher in the New Year with exclusive festive menus by One Faber Group. Starting…
byIrone Kim 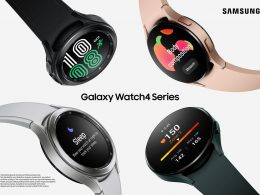